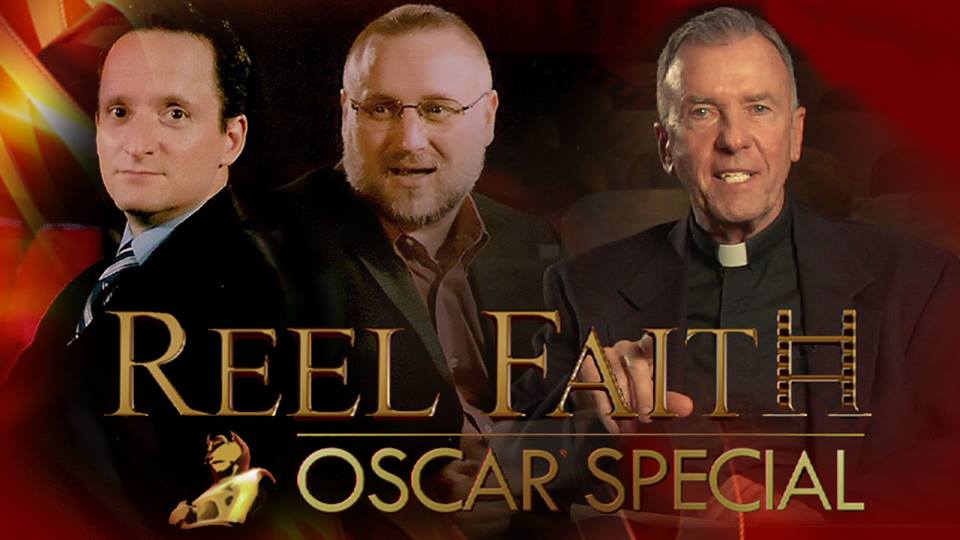 Have you watched Reel Faith? Every week, hosts David DiCerto and Steven Greydanus offer a Catholic perspective on the latest Hollywood releases and Father Robert Lauder selects his Movie With a Message. These are film reviews you can have faith in. This week, on a Reel Faith special, David and Steven will be joined by Fr. Lauder to discuss Oscar nominations, with a look at all the major categories, predictions, snubs, and focus on the Best Movies of 2016! Plus, we’ll preview some of the more anticipated films heading to theaters in 2017! It's a special you don't want to miss.

In the meantime, keep checking here for Reel Faith's 60 Second Reviews of the 9 Oscar nominated Best Pictures (ARRIVAL, HACKSAW RIDGE, HIDDEN FIGURES, LA LA LAND, MANCHESTER BY THE SEA, MOONLIGHT, FENCES, HELL OR HIGH WATER and LION. Other OSCAR nominees that have 60 Second Reviews include: KUBO AND THE TWO STRINGS, MOANA, ZOOTOPIA, SILENCE, LOVING, ROGUE ONE, DOCTOR STRANGE and THE JUNGLE BOOK!) If you are outside our broadcasting area, remember you can watch all our programs streaming live at www.saltandlighttv.org/live.