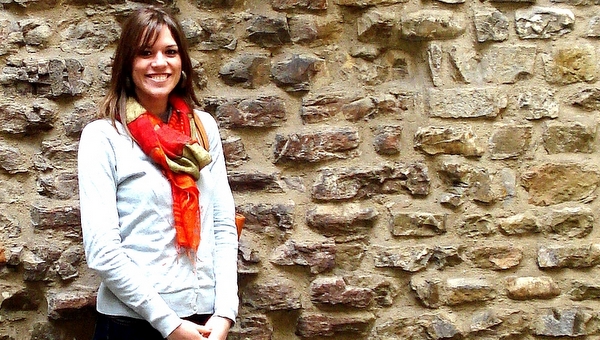 For pilgrims who set out to attend large-scale Church events such as a World Youth Day or a Papal Inauguration, there’s always the remote possibility that you won’t be able to secure a spot at the venue or you get sick and end up missing the event. For those who have traveled halfway around the world, this disappointment can be hard to bear. It can seem that the pilgrimage was for naught. How to deal with the disappointment? Guest blogger, Rebekah Lamb shares her experience from the recent double canonizations in Rome.

By Rebekah Lamb As soon as Pope Francis named Divine Mercy Sunday the date on which both Popes John XXIII and John Paul II would be raised to the altar of the saints, my sister and I hurried online to scour every air fair deal possible to scheme a way to get to Rome. Since we’re both grad students, managing to make a pilgrimage to Rome would be a bit of miracle in itself and, Providentially, I had barely started praying for a way to go before a professor asked me to take on some research work for her—work that ended up covering the price of my ticket! Initially, however, it was a little more difficult to see some of the Providence in our trip when we arrived in Rome as, due to crushing crowds and getting sick, I ended up having to leave my hard-won spot (before the sacred liturgy began) which was at the edge of the Via della Conciliazione, roughly five hundred meters away from Piazza San Pietro itself. It was very difficult to accept this turn of events which, in my somewhat dramatic and sleep-deprived state, seemed a great catastrophe: I had travelled solely to Rome for this moment and I was not going to be able to physically participate in the event I had anticipated for so long. However, this disappointment became a source of grace for me during my trip: I felt called to reflect on the ways in which the saints for whom I had journeyed to Rome, to celebrate and honour, met with disappointment and embraced it as a way of entering into greater abandonment to the loving Providence of God: who sees what is truly best for us. For instance, in his well-known prayer, “The Daily Decalogue,” St. John XXIII says: “Only for today, I will adapt to circumstances, without requiring all circumstances to be adapted to my own wishes.” As we know from the witnesses of Saints John XXIII and John Paul II, both men accepted various kinds of suffering, ordinary and extraordinary ones, as means of loving Christ and loving others. Like other kinds of suffering, disappointment expands our insight: it stretches the narrow parameters and limitations of our personal vision and expectations, reminding us that life, and by extension God’s will for us, is not determined by us and, often, doesn’t conform to our little plans. While, of course, it was natural that I was disappointed about how Divine Mercy Sunday began for me, my dejection ended up re-orienting, my way of looking at my pilgrimage to Rome, my way of reflecting upon the relationship between grace and frail human expectations and the ways in which the very city of Rome became a means by which Our Lord offered me a new way of seeing the purpose of my trip. We can get so caught up in planning out  how our travels and trajectories should occur that we fail to see what truly matters along our way; this failure to perceive what truly matters, is, ultimately, the root of our sins (Adam and Eve sinned because they failed to see God’s commandments as good for them because their own desires over-shadowed their perception of what is truly right and good). Disappointment, for me, initially threatened to ruin my whole day as I moved away from the Vatican and saw other disappointed and exhausted pilgrims leaving the square before the canonizations began. However, by God’s grace, it ended up stretching my ability to see what my pilgrimage was really supposed to be about: an encounter, first and foremost, with Christ in Rome, a place rich in sacramental treasures of our faith. While I didn’t end up physically witnessing the canonizations, I was, during my trip, able to venerate the relics of Christ’s cross; pray at Sancta Scala (“the holy stairs” which once belonged to Pontius Pilate and which Christ would have climbed while on trial); visit churches dedicated to the martyrs and heroes of our faith; and connect with pilgrims from around the world who endured various difficulties and disappointments of their own in order to celebrate this unprecedented moment in our history in which four Popes were present in a special way at the Vatican, witnessing to the continuity between earthly and eternal life. Remembering the suffering body of St. John Paul II, the Great, in his last years, I reflected in Rome that disappointment and unexpected “plot changes” in one’s life can be an invitation from God to rely more fully on Him so as to have our hearts purified: so we can see Him better. Every disappointment, then, and things much worse, can ultimately become a eucatastrophe: “the sudden happy turn in a story” (J.R.R. Tolkien), made possible by Christ’s life-giving love. My disappointments, the inconveniences of getting sick and stuck in crowds too big for me to deal with, ended up becoming a spiritual adventure for me (as opposed to a frustrating inconvenience) and heightened my contemplation of what mattered most on my pilgrimage: finding ways, in every type of circumstance, to seek being close to Christ. Rebekah Lamb is finishing a doctorate in Victorian Literature at Western University and, as of the summer, will be an Assistant Professor of English Literature at Our Lady Seat of Wisdom Academy (Barry's Bay, Ontario). She will be a visiting lecturer at the Centre for Faith and Culture in Oxford, teaching at its 2014 university summer program: "‘Between Tiber and Thames: The Soul of Post-Reformation England." She has studied in Rome, Italy as well as at the Chesterton Archives Centre, run by the Second Spring Institute in Oxford.