In the world of theology, “reality is greater than ideas,” S+L producer tells alma mater at reunion 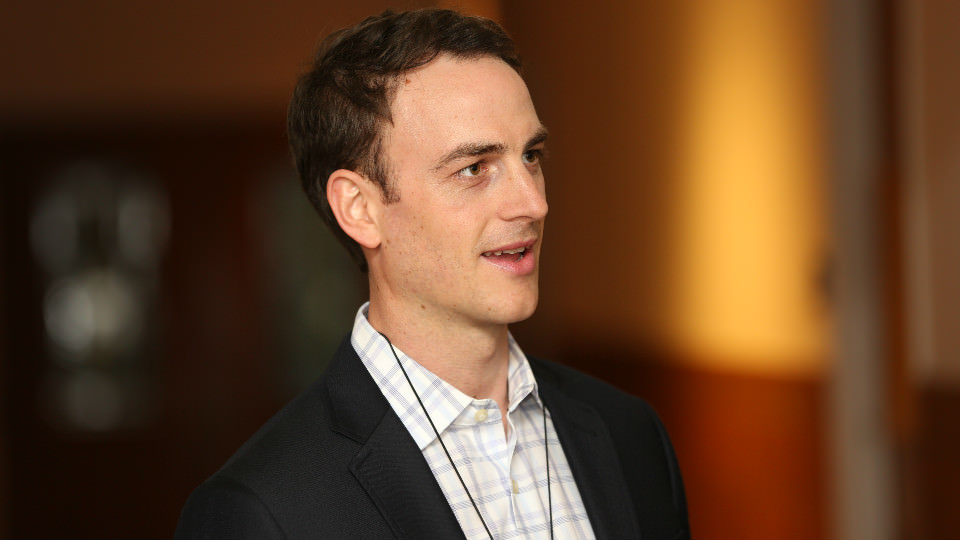 (Salt + Light producer and host Sebastian Gomes gave the keynote address during reunion weekend at Saint John's School of Theology and Seminary in Collegeville, Minnesota on June 23rd, 2017. Photo courtesy of Saint John's School of Theology and Seminary)
"It was a great honor for me to return to my 'home away from home' in Minnesota and address the very people who taught me so much," said S+L's Sebastian Gomes, after giving the keynote address to kick off 2017 reunion weekend at Saint John's School of Theology and Seminary. Since leaving the renowned Benedictine graduate school in Collegeville, MN, Sebastian has spent most of his professional years with Salt + Light Catholic Media Foundation in Toronto. Thanks in large part to the relationships S+L has built with the institutional church over the past fifteen years, Sebastian has worked extensively with the Vatican and seen some dramatic developments up close since Pope Francis was elected. In his address to his alma mater, Sebastian warned of a kind of "normalization" of Pope Francis, whose ecclesiastical revolution goes much deeper than most people, including Catholics, think. The "hermeneutical key" to this papacy, he argued, is a simple phrase Francis uses: "reality is greater than ideas." It is a concept that theological schools and other Catholic institutions of higher education must contemplate and creatively integrate into the structures. How that develops, is yet to be seen... Read more about the Saint John's School of Theology and Seminary reunion weekend here.

"Reality is Greater than Ideas": A Reflection on the Theology of Pope Francis for Theologians Part I: Reality is Greater than Ideas My reflection is titled: Reality is Greater than Ideas: A Reflection on the Theology of Pope Francis for Theologians. Following Pope Francis as closely as I do can be overwhelming and exhausting. And I’ve often asked myself, could there be a kind of Rosetta Stone for this pontificate? Is there a hermeneutical key by which we can open Francis’s papal program, and think about what it means for our lives and ministries? I think there is, and that will be the subject of my reflections this evening. Since I left Saint John’s back in 2011 to return home to Canada, I’ve been on somewhat of a roller-coaster ride. I’ve been working in Catholic media, at an important charitable organization called Salt and Light, which was born out of the World Youth Day in Toronto 2002. And through this work I’ve found myself in some extraordinary situations, and in relationships with people I’d never dreamed of meeting, let alone befriending. The ride really took off in March 2013, when I was asked to read the first reading during Pope Francis’s inaugural Mass in St. Peter’s Square, because of the work we had done with the English media for the Vatican during the papal transition. And my mom texting me afterwards, that my old college soccer coach, Pat Haws had called her in a frenzy of disbelief, when he saw me standing up there in front of hundreds of thousands of people. I remember getting an unexpectedly thorough and hospitable tour of the Turner Broadcasting Center in New York from Anderson Cooper a year later, before interviewing him for our film “The Francis Effect”. And meeting Katie Couric at the bar of the Ritz-Carlton in Toronto in the summer of 2015, to give her some advice on covering Pope Francis in the United States, on what themes to look for and highlight. And a few months prior, in April, waiting in America House, the old Jesuit residence and office of America Magazine in Manhattan, as Stephen Colbert walked in, with natural greying hair and a full goatee. No one had seen him since The Colbert Report had gone off the air months earlier. Greeting our team he got to me and said, “Hey Sebastian! I recognize you from TV.” And I thought to myself, “Isn’t that funny, I barely recognized you with that goatee.” 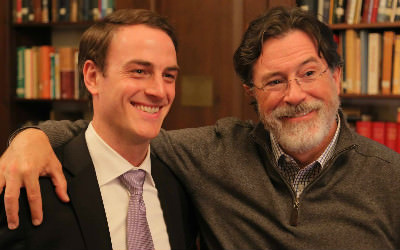 And then, just days before the Pope arrived in Washington D.C., meeting with Senator Bernie Sanders who had just launched his presidential campaign. We had reached out to his campaign team—mostly young adults, many Jesuit educated—for an interview about Pope Francis; the answer was immediately yes. The Senator, who is not a Christian, told me of the hostility he encountered from within the democratic establishment and other liberal circles, for speaking out so strongly in support of Pope Francis, for quoting his apostolic exhortation “The Joy of the Gospel” at length on the Senate floor, and tirelessly praising the Pope for giving to humanity Laudato Si’, the most direct and comprehensive moral imperative for immediately changing our attitude and behavior toward the environment. And of course, the most meaningful encounter for me personally over these last five years has been with the Holy Father himself; from running into him in a backstreet of Rome a few days before the conclave, to working with him for weeks at a time as I did during the Synods of Bishops on the Family. All of the encounters I just mentioned—and numerous others—are because of Pope Francis. It is because of him that such new dialogues and opportunities for collaboration have emerged; I’m fortunate to have witnessed this myself. Perhaps the most unexpected and eye-opening encounter I’ve had was with Senator Sanders, who I just mentioned. No politician in Canada or the United States, Catholic or non-Catholic, has publicly acknowledged, quoted, referenced, promoted—and dare I say, comprehended—the deep truths Pope Francis has spoken to our world, than Senator Bernie Sanders. That is simply a fact. They do not agree on everything, I can assure you. They would admit as much. But, in our day and age, considering the current political climate, there is all the more reason to recognize the sincerity of those who see in our current Pope a beacon of light and hope, and a partner in dialogue. As Francis encouraged the Bishops of the United States during his visit to Washington, D.C.: (September 23, 2015) “Do not be afraid to set out on that “exodus” which is necessary for all authentic dialogue. Otherwise, we fail to understand the thinking of others, or to realize deep down that the brother or sister we wish to reach and redeem, with the power and the closeness of love, counts more than their positions, distant as they may be from what we hold as true and certain.” 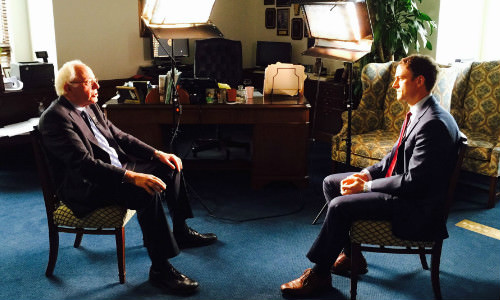 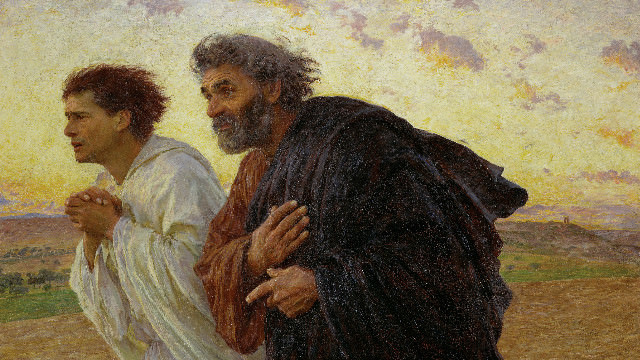 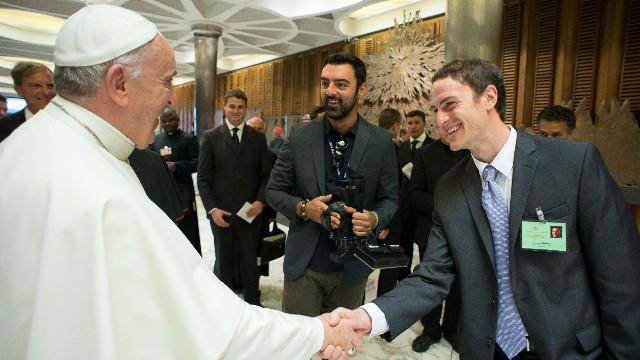 For this we must recognize Saint John’s and the School of Theology and Seminary, as one of those communities in the Church where reality is greater than ideas. Here the intellectual pursuit and the pastoral practice are integrated. It is a long and rich history, which includes intellectual giants on whose shoulders we stand: Fr. Virgil Michael and Fr. Godfrey Diekmann, who taught us that the supreme act of worship in the liturgy—however beautiful and transcendent—does not serve the Christian God unless it leads out of the sanctuary and puts down roots in the soil of human experience. So… what does this principle—reality is greater than ideas—mean for the School of Theology and Seminary today? We often use a simple phrase to explain the difference and complementarity between Francis and his predecessor Benedict XVI: “Benedict is a theologian, and Francis is a pastor.” But in light of our reflection, and considering the countless points of convergence between Francis’s pastoral vision and the theological endeavor, can we consider Pope Francis, the theologian? What might a theology of reality look like in our time? Just one month ago, Bishop Robert McElroy of San Diego gave a commencement speech to graduates of the Jesuit School of Theology at Santa Clara University. Speaking on this very topic, he said: “There has emerged in the last four years a vibrantly transformed branch of Catholic theology which is rightfully claiming its place as a central element of Catholic doctrine and practice, that is, the pastoral theology which is contained in the teachings of Pope Francis… “It demands that moral theology proceed from the actual pastoral action of Jesus Christ, which does not first demand a change of life, but begins with an embrace of divine love, proceeds to the action of healing, and only then requires a conversion of action in responsible conscience… “The pastoral theology of Pope Francis rejects a notion of law which can be blind to the uniqueness of concrete human situations, human suffering and human limitation… “It will be one of the greatest theological projects of our age to understand how this new theological tradition should be formed—how it can bring unity, energy and insight into the intersection of Catholic faith and the modern world.” I can think of no better place to begin such an exciting theological enterprise than here at Saint John’s and the School of Theology and Seminary. But for now, let us continue celebrating this joyful occasion, remembering that the reality of our encounter here as a community this weekend is greater than all the books we’ve read and exams we’ve written. Thank you.