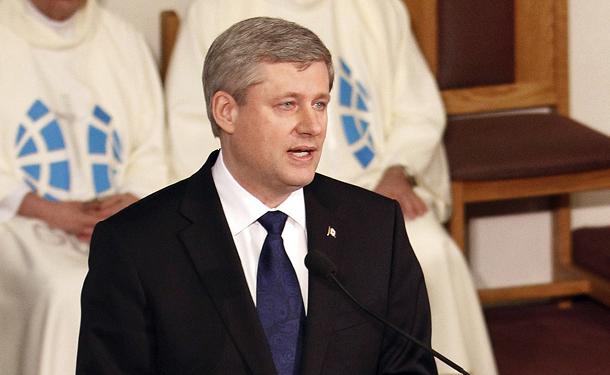 Prime Minister Stephen Harper today issued the following statement on the announcement that the Holy Father, Pope Benedict XVI, elevated His Grace, Thomas Collins, Archbishop of Toronto, to the College of Cardinals, an international group of principal advisors to the Pontiff:

The appointment of Thomas Collins to the College of Cardinals is a great honour for His Grace as well as the Archdiocese of Toronto and all members of the Catholic Church across Canada - a testament to his hard work and faithful devotion to the Church and spiritual life. The College of Cardinals plays an important leadership role in the Catholic Church. With a long and distinguished career, Cardinal-designate Collins becomes the fourth Cardinal in the 110-year history of the Archdiocese of Toronto and the 16th Cardinal in the history of the Roman Catholic Church in Canada. On behalf of our Government, I offer my congratulations to Cardinal-designate Collins as he begins this new phase of his ministry.