Pope in Poland: Meeting with Authorities 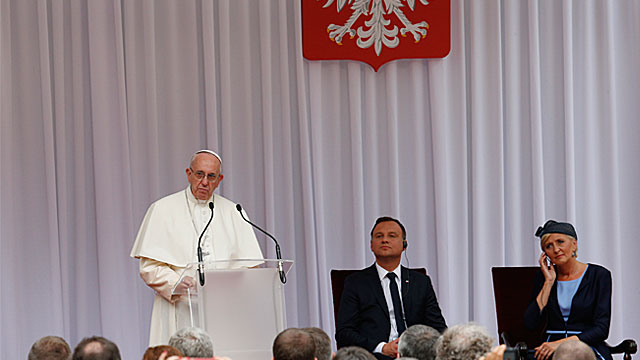 On Wednesday, July 27, 2016, Pope Francis arrived in Poland for the celebration of World Youth Day Krakow 2016. He was greeted at the "St John Paul II” International Airport in Balice-Kraków. Following his arrival, he met with Authorities at Wawel Castle in Krakow. Below, find the full text of his address: