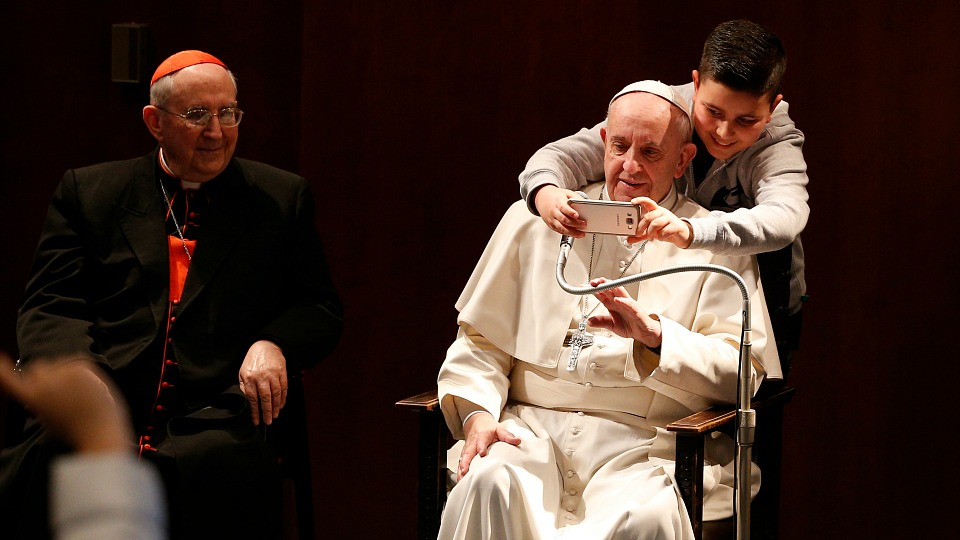 CNS photo/Paul Haring
Last Sunday, Pope Francis visited the parish of Santa Maria Josefa del Cuore di Gesù in Ponte di Nona, in the eastern outskirts of Rome, an area of ??town that suffers problems such as poverty and unemployment. It was his thirteenth visit to a parish in his diocese. John Paul II had also visited that parish in 2002, when it was first built. During his meeting with the children, the Pope responded to their questions. Questions about becoming the Pope, for example. And he explained that to become Pope it is not necessary to pay but it is the Lord who chooses a person to represent the Church. He also shared that when he was a child, he wanted to become a butcher. He spoke about his illness when he was 20, as well as the operation he underwent for one of his lungs. Continuing his discussion with the kids, Pope Francis expressed the kind of feeling you get from being the Holy Father. He said, a “great sense of responsibility...Because when you represent the Church, you need to be careful not to look bad.” At the end of the meeting with them, the Pope asked a few questions in return: about God, the Trinity and the Virgin Mary. Later, the Holy Father met with the elderly and sick people, as well as with families assisted by Caritas, the Churches charitable arm. Pope Francis told them that everyone seeking help should always be welcomed with tenderness and love. The last appointment of the day for the pontiff was Mass. In his homily he spoke off the cuff, and focused on forgiveness. He said, “If I have rancour in my heart for something that someone has done to me and I want to avenge this, I drift from the path towards holiness.” “Forgive. In my heart. This is the road of holiness, and this leads us away from wars,” the Pope continued. “If all men and women in the world were to learn this, there would not be wars. War begins here, in bitterness, in rancour, in the desire for revenge, for making people pay. But this destroys families, destroys friendships, destroys neighbourhoods, destroys so much."  Pray that the Lord may change their life, the Holy Father added. The antidote, he said, is prayer. Pray that there may be peace. And he concluded: “If I know that someone wishes harm to me, does not wish me well, I must pray especially for him. Prayer is potent, prayer conquers evil, prayer brings peace.” For more on the Pope Francis' visit to Santa Maria Josefa del Cuore di Gesu, catch Vatican Connections Fridays at 8 pm ET! 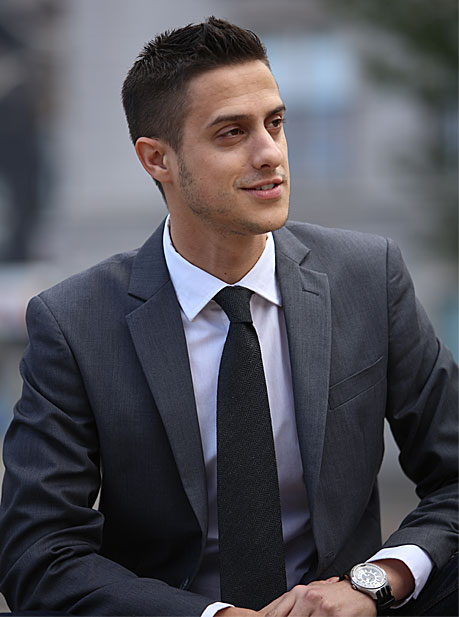