Pope Francis interview released by Jesuits around the world 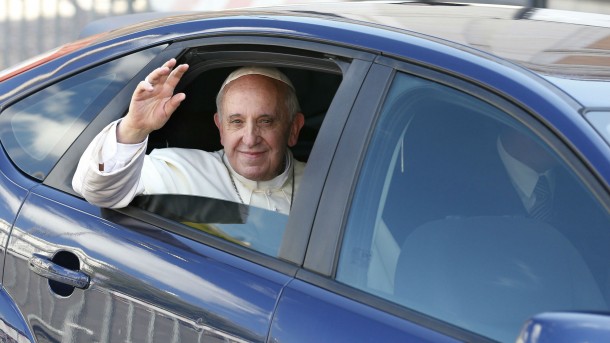 In this lengthy personal interview, published in Jesuit magazines around the world today, Pope Francis talks frankly about himself, his Jesuit background and his vision for a more open, inclusive and welcoming Church.
The publication is the result of three private meetings that the Pope held with the head of the Italian Jesuit magazine La Civiltà Cattolica, Fr Antonio Spadaro, SJ, in August at the Santa Martha guesthouse in the Vatican.  In the first part of the interview, the Pope shares personal insights and difficult moments from his past, including a fear of being seen as ‘ultraconservative’ on account of his ‘authoritarian way’ of making quick decisions.  Recalling problems he encountered as a Church leader in Argentina, the Pope speaks of lessons learned, especially the importance of consultation and a more effective form of Synodal governance.  This, he says, will also bring a breath of fresh air to the ecumenical movement.
Pope Francis also discusses the importance of his Jesuit training for the challenges he faces today, especially the process of discernment and the belief that grand principles must always be ‘incarnated’ in specific times, places and people.  Speaking of his favourite image of the Church, the Pope chooses the expression found in the Vatican II document Lumen Gentium, ‘Sentire cum Ecclesia’ or ‘feeling with the Church’ – not just the hierarchy, he stresses, but the whole people of God.
Asked what the Church needs most at the moment, Pope Francis focuses on the importance of healing wounds, warming hearts and sharing the dark nights of pain that people suffer.  The first reform we need, he says, is that of attitudes, to learn how to become ministers of mercy.
Even regarding the complex moral questions of homosexuality and remarriage for divorcees, the Pope says it’s vital to find a new balance between pastoral attention to the individual and the transmission of the moral teachings of the Church.  Finally the Pope returns to one of his favourite ideas – that of a constant journey towards a God of surprises.  Rather than closing ourselves in to a paralysing past, we must walk with trust, confidence and courage to find new spaces of encounter with God.
The full text of the interview with Pope Francis can be found in the U.S. Jesuit publication American Magazine
(Photo courtesy of CNS)