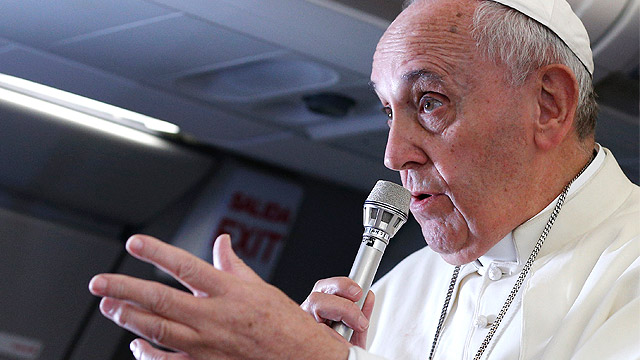 Welcome to S+L’s Weekly News Round-Up. As the Director of Marketing and Communications here at S+L, many interesting Catholic news stories and articles come across my desk on a daily basis. Some of them we’ll cover on our different television programs and others I’d like to share with you on this blog. Enjoy! So the Holy Father has just returned from a historic tour of Sri Lanka & the Philippines. And what a whirlwind of emotions it was! Even now, the world is being flooded with all kinds of great stories and personal testimonies of the many lives he touched. Luckily enough, I was in the position to catch much of our live coverage of the Papal visit and like many, I felt as if I was there. One of my favourite stories that came through the wire is about the Pope’s personal encounter with a former street child. Read it here and watch the video, but be warned, it is a real tear-jerker. Interestingly enough, it was also picked up by CNN. There is no doubt that he is one of the most quoted people in the media. Check out this interesting article by CNN’s Daniel Burke on some of the things that the Pope has said that has raised some eyebrows. The piece is titled “THE POPE SAID WHAT?!?” Now, I’m not usually in the habit of clicking on Youtube to watch the latest “viral” video, but when I saw this next piece pop up on S+L’s Facebook news feed a few times, I just had to take a look. And what a surprise! We’ve all heard of the world famous Priests (the three sensational singing Irish priests), but have you seen the Dancing Priests who have become an internet sensation? Check this out. And here is a little profile on one of them - Fr.David Rider 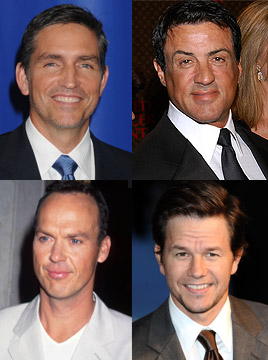 As you may or may not know, over the past year Salt + Light been promoting a special S+L Guardian’s Free Trip To Rome Contest. The winner was selected on January 16 and they are being notified as we speak - so stand by for the official announcement of the contest winner! However, if you don't get selected, you could still visit the major basilicas in Rome – virtually that is! Check out what the Vatican has done to make the beauty of the basilicas accessible on the internet for all to enjoy! 3D High definition tours of St.Peters Basilica, St. Maria Maggiore, San Giovanni Laterano, and even of the Sistine Chapel and St.Peter’s Square. Its almost like you are there! Finally, you may notice all the chatter about the Golden Globes, the Oscars, People Choice awards, etc…etc… It is after all, award season. Who really cares, right? But what’s interesting is that some big time actors are starting to publicly acknowledge their Catholic roots. For example, take Michael Keaton (who I fondly remember as BATMAN.)  He recently paid tribute to his Catholic family values at the 72nd Golden Globes last week! I had no idea that he was Catholic. Apparently, he’s not the only Hollywood A-lister, celebrity, or public figure on the “Catholic list”. Check out this list from Wikipedia. We all know about Mark Wahlberg and Jim Caviezel but Andy Warhol? Alfred Hitchcock? Sylvester Stallone? Is there anyone else on that list that surprises you? Check out the video above for Michael Keaton's speech! Around 1:15 he talks about his Catholic roots.
Anyhow, I hope you enjoyed these little stories and tidbits of interesting Catholic facts!
I'd love to hear your thoughts and comments. Or, if you have any interesting stories yourself, feel free to send them to me! - Noel