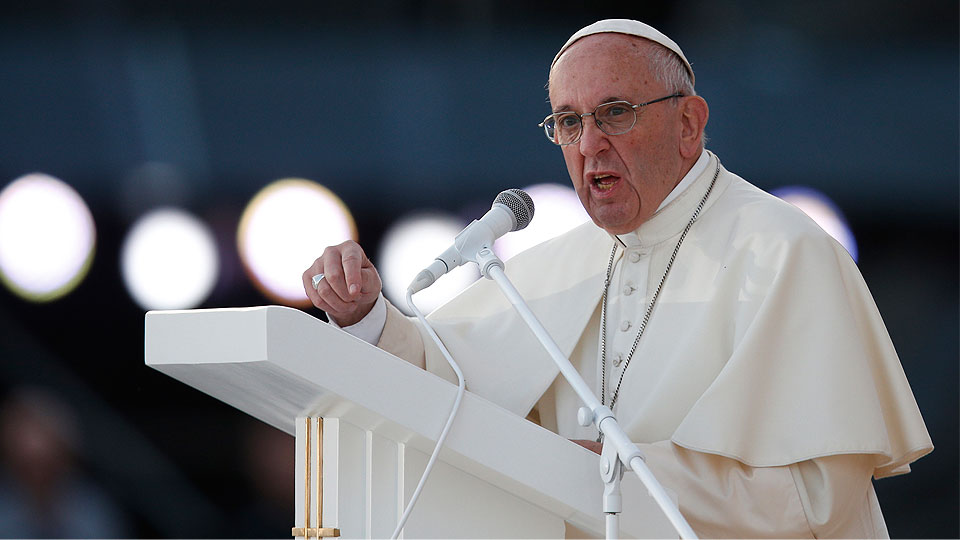 CNS photo/Paul Haring
On Saturday, October 8, 2016, Pope Francis will preside at the Marian Vigil in the Jubilee of Mercy, after the feast of the Blessed Virgin Mary of the Rosary. This opportunity for prayer will include Marian songs and prayers, during which there will be a procession of delegations from national communities in Italy and from Marian Shrines. The procession will conclude with the icon Salus Populi Romani. The Holy Father will then preside over the Prayer Vigil, following immediately. The Marian Jubilee will conclude on Sunday, October 9, 2016 with the solemn celebration of the Eucharist by the Holy Father in Saint Peter’s Square. You can watch the Marian Vigil on Salt + Light at 3:30 pm ET on Saturday, October 8 and the celebration of Mass at 12 pm ET on Sunday, October 9, 2016.

Follow along with the Prayer Vigil using the official Missal!