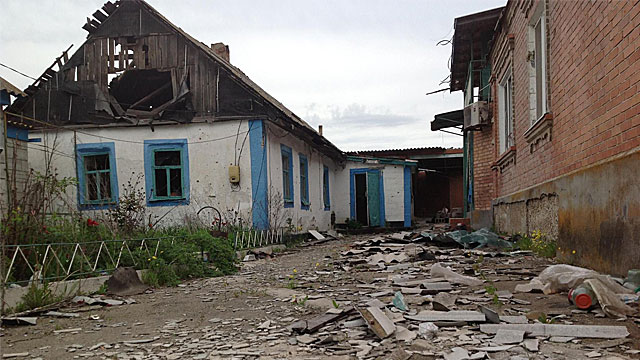 By Carl Hétu, Canadian National Director of the Catholic Near East Welfare Association. With ongoing hostilities in the Middle East, the war in eastern Ukraine that started over two years ago is being overlooked by Western media. Many Canadians that I have spoken with recently have shared their assumptions that things are back to normal and that the violence has stopped, but this is not the case. There are still over one million internally displaced people that cannot return to their homes because their territories fell under control of pro-Kremlin militants. The bomb shelling and killing of soldiers and civilians takes place on weekly basis. In addition, the country is suffering from a severe economic crisis; the war has been a huge burden to an economy that was very weak even before the militarized confrontations began in spring 2014. This is why Pope Francis recently announced a special collection for the people of Ukraine. It took place in all parishes across Europe on April 24. In making this announcement, the Pope stated: “My thoughts go to all the populations that hunger and thirst for peace, and in particular, of the drama of those suffering the consequences of the violence in Ukraine, of how many remain affected by hostilities that have already taken thousands of lives, and of how many have been driven to leave by the grave situation that still continues.” The Catholic Near East Welfare Association, of which I am the Canadian National Director, is a special papal charity that has been involved in Ukraine since 1993. From the beginning of the current crisis, we took the lead in providing assistance to the internally displaced and in bringing awareness among Canadians of the real needs and the situation on the ground. 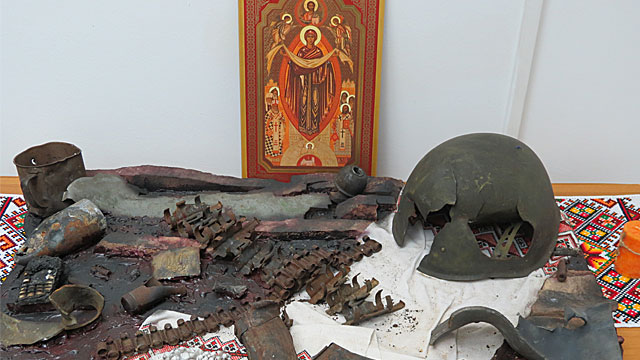 When I visited Ukraine in November 2015, I had met many displaced families that were forced to leave their homes in Donetsk and Luhansk regions. They are presently helped by our local Catholic-faith based partners, in particular by Caritas Ukraine. These people told me that besides the need of material support they want to know that people around the world care about them, know their story and do whatever they can to bring peace to their homeland. You might be pleasantly surprised that in Ukraine there are no refugee or displaced persons camps like I have seen in many countries in the Middle East. Instead, most people have been welcomed into homes, schools and churches, scattered all over Ukraine. It really shows you the great generosity of the Ukrainian people. In Canada, two Ukrainian Catholic eparchies – the Archeparchy of Winnipeg and the Eparchy of New Westminster in Vancouver — will be holding special collections in their parishes. I am sure many other Canadian Catholics will be joining their example and will express their solidarity with people of Ukraine as Pope Francis did himself when he said, “This gesture of charity, in addition to relieving material suffering, is intended to express my personal closeness and solidarity, and that of the entire Church, for Ukraine.” 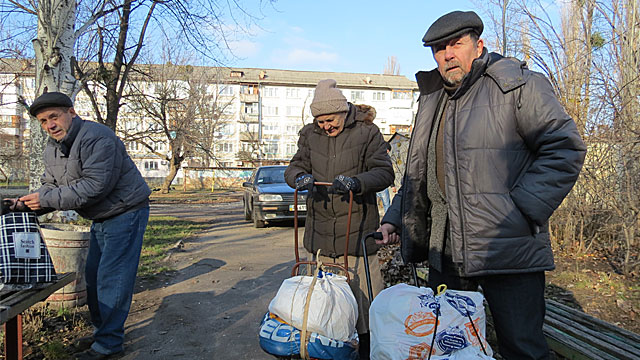 I encourage Canadians to remember people of Ukraine in their prayers and to continue supporting the peace-building and humanitarian relief works of Catholic charities in that Eastern European country. To find out how you can help the victims of war in Ukraine, please visit www.cnewa.ca. Photo Credits 1: Destruction in the Donetsk region. (Photo courtesy of Andriy Zelinkyy) 2: An artist collected these arms items and prayed to the Virgin Mary for peace. (Photo courtesy of CNEWA) 3: Displaced elderly people from Donetsk living in Kiev that just received their food packages. (Photo courtesy of CNEWA)