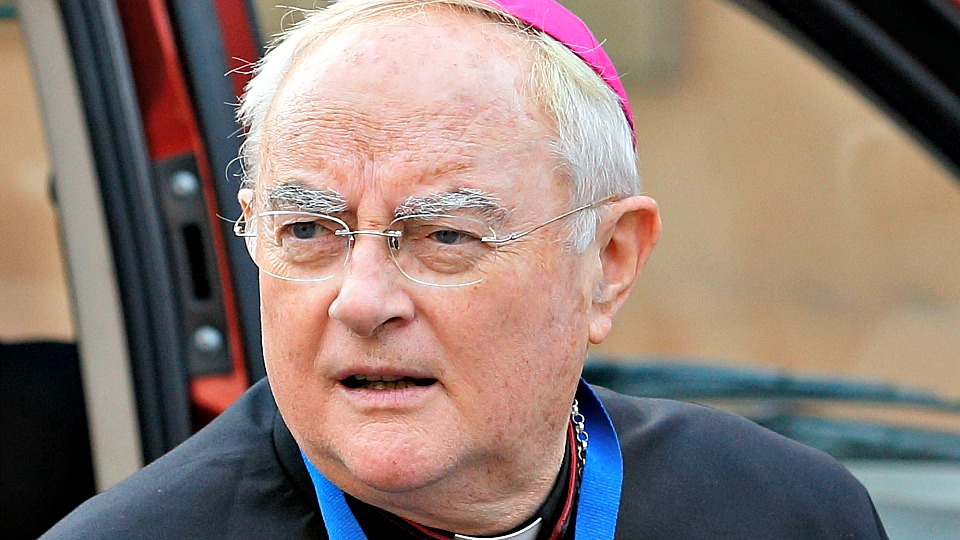 CNS photo/Paul Haring
Last Saturday the Pope appointed Henryk Hoser, Archbishop of Warsaw, as the special envoy to Medjugorje. In the official statement by the Holy See, it reads that:

The mission has the aim of acquiring a deeper knowledge of the pastoral situation there, and above all, of the needs of the faithful who go there on pilgrimage, and on the basis of this, to suggest possible pastoral initiatives for the future. The mission will therefore have an exclusively pastoral character.

Archbishop Hoser, who will continue to exercise his role as bishop of Warsaw-Prague, is expected to finish his mandate as special envoy by summer of this year. "I have always served the Church, and so, also this time, I accepted the difficult mission in Medjugorje" the Archbishop said, recalling that he had already done a similar tasks in the past in various African countries. Through this kind of decision, Pope Francis expressed his closeness and interest for the large number of faithful who go to the little Bosnian city every year, and for the great heritage of popular devotion that Medjugorje represents. An aspect already present in the conclusions of Ruini’s special commission, which was created in 2010 by Pope Benedict XVI, has been examining the phenomenon of Medjugorje for the past four years. The mandate of Archbishop Hoser will be completed by the summer, and only then the Holy Father will say his opinion. Even the director of the Holy See Press Office, Greg Burke, stressed that

"The Special Envoy's mission is a sign of the Holy Father's attention about the pilgrims. The aim is not inquisitorial, but strictly pastoral. The envoy will not enter into the question of Mary’s apparitions, which are related to the Congregation for the Doctrine of the Faith. He will be in contact with the bishop of the diocese, the Franciscan Friars Minor - who are the keepers of the Medjugorje parish - and with the local faithful" - Burke continued - "That is a mission for pilgrims, and it is not against anyone."

For more on the special enjoy to Medjugorje, catch Vatican Connections Fridays at 8 pm ET!