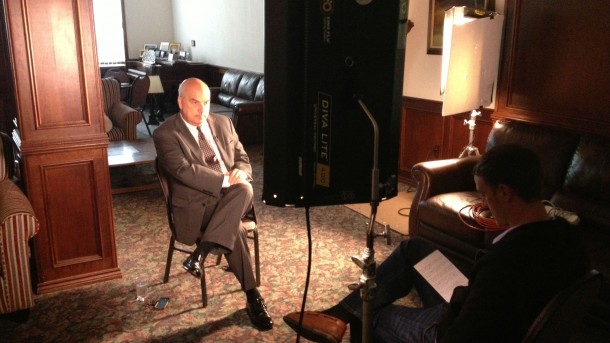 In October, 2012, Bishops from around the world met in Rome to discuss "The New Evangelization."  It was a moment of great expectation in the Catholic Church, and for the first time in history the Vatican allowed two outside journalists to attend the closed sessions of a Synod of Bishops.  For the past six months one of those journalists, Salt and Light's Sebastian Gomes, has been working on a feature documentary that tells the story of the Synod from the inside.  Candid, in-depth interviews with numerous Cardinals, Bishops and Delegates who participated in the Synod, and Catholic insiders like Tony Spence, Director of Catholic News Service (pictured above), reveal the complex global challenges to evangelization in the 21st century.  Are the People of God up to the task of the New Evangelization?  The film will premiere at the Vatican on Wednesday, June 26th and will air exclusively on Salt and Light TV shortly after.

Categories:
Photo of the Day