Perspectives: Is the euthanasia debate over?

I think that we can all say with certainty that the recent defeat of Bill C-384 is a great victory for Canadians. I say “Canadians” because even though there may be some who think euthanasia is necessary (even if a necessary evil), there’s no doubt that as long as we live in a world where killing is not justified under any circumstances, we will live in a better world. 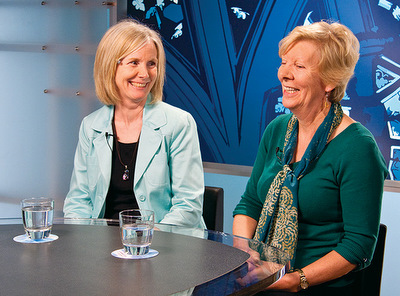 The real danger with legalising euthanasia and assisted suicide is that people take the law to be truth: if it’s legal it’s OK. If it’s illegal it’s not OK. And as long as killing is acceptable under certain circumstances, the slippery slope (that dreaded expression!) has begun. But enough about my perspective. We took to the streets and most people either thought euthanasia was a “thorny” issue, or had no opinion. We asked you our question of the week: “What does the defeat of Bill C-384 say about Canadian society?” and received very little feedback. Is that a reflection of Canadian society? Tune in tonight as we delve into these very issues. My two guests are Dr. Moira McQueen and Dr. Bridget Campion, both moral theologians, both bioethicists and both of the Canadian Catholic Bioethics Institute. We also asked people about organ donation, since last week was National Organ Donor Week. Every single person we spoke to said that organ donation was a good thing. But there are some people who have some concerns: In China people are being euthanized for their organs. Is this part of that “slippery slope”? Tune in to hear the perspective of our two guests on this difficult question. Watch Perspectives: The Weekly Edition, Fridays and Sundays at 7 and 11pm ET (8pm PT) and join our discussion at www.facebook.saltandlighttv.org. And for more thoughts and information on Euthanasia and Assisted suicide, search our blog.