People of the Vatican, Part II 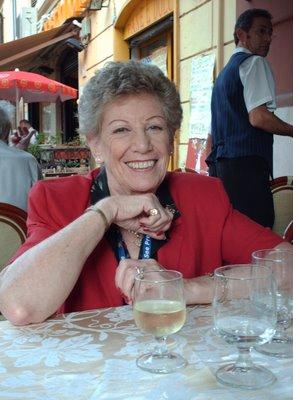 For many, Joan Lewis needs no introduction. EWTN's Rome correspondent is a regular feature on their television and radio networks, as well as online with her blog. The city, it would seem, is hers. From her stories, one can tell that she must be particularly well-connected among American ex-pats and visiting prelates. 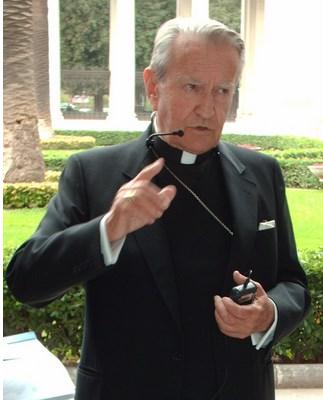 Before we shared a delightful lunch, I met Joan on a tour of the Basilica of St. Paul outside the walls organized by the Holy See Press Office. About twenty journalists signed up for the outing, which was hosted by none other than Cardinal Andrea Cordero Lanza di Montezemolo, the basilica's archpriest. Like most of the Vatican's communications apparatus, the tour wasn't designed for anglophones. Joan happily translated when I was unable to decipher the Cardinal's meaning. 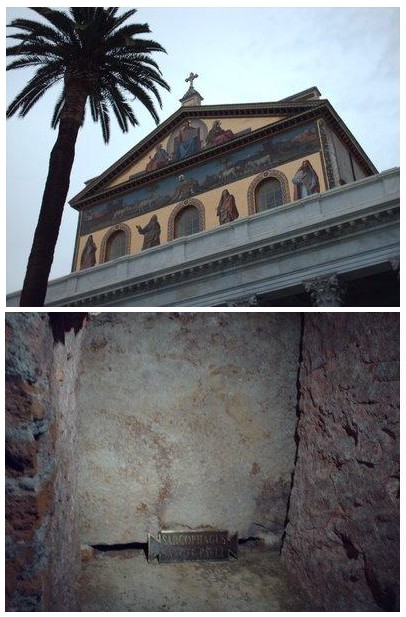 Underneath the papal altar lies what is believed to be the tomb of St. Paul. While it was understood that the Apostle was martyred and buried near here, only in December 2006 did the Vatican announce the discovery of a sarcophagus that bore the words "PAOLO APOSTOLO MART". To be in the presence of St. Paul's remains, two thousand years feel much condensed. This sense was further elevated by the basilica's frieze, which is adorned with images of each pope from St. Peter through Benedict XVI. Just six background medallions remain for future pontiffs, though the Cardinal assures us there is room for more.