If I want to relieve myself of physical pain, I could go to a doctor of medicine. 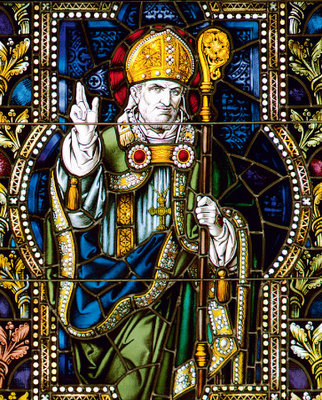 If I want to know the argument for God’s existence, I could go to a doctor of philosophy. But if I want to know God so that I could love Him, I could go to a doctor of the Church. The Church has doctors?  Yes, it’s true. Jesus spoke to 'doctors of the church' when he was “lost” in the Temple and was found by Mary and Joseph speaking to the elders.  These elders were 'doctors of the church' because they passed on the great truths of the faith.  But only 33 of the world’s greatest theologians are officially called Doctors of the Church.  And the windows of St. Peter’s Seminary have much to reveal about them. Fr. Michael Prieur unearths some of the secrets of the windows of the Doctors in this second episode of Panes of Glory: The Windows of St. Peter’s Seminary. Join Fr. Prieur and Mary Rose Bacani this Sunday, May 8th at 8:30pm & 12:30pm ET / 5:30pm & 9:30pm PT, or catch the encore presentation Friday, May 13th at 8:00pm & 12:00am ET / 5:00pm & 9:00pm PT.