Oratorio Tribute to John Paul the Great a Resounding Success

[ The following is a blog entry from David LeRoss, one of three Salt + Light employees who attended the recent Toronto performance and Canadian premiere of the oratorio Tu Es Petrus at Roy Thomson Hall.] 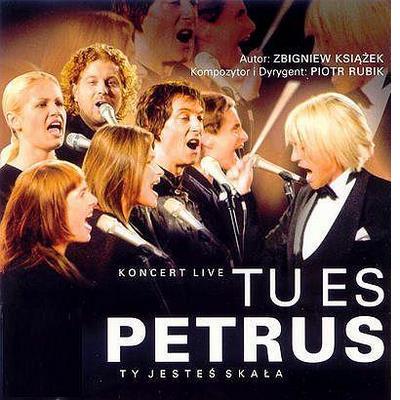 Many of our regular viewers probably saw an advertisement on the network over the last couple of weeks for an oratorio called Tu Es Petrus. Salt + Light Television was a media partner with Catholic Youth Studio for this sensational event which took place last Sunday, October 14th.The oratorio, written in Polish, was intended as a birthday present for the Pope’s 85th birthday, but as composer and conductor Piotr Rubik has noted it instead "became an epitaph." Rubik is a Michael Buble-caliber star in his native Poland but is relatively unknown outside of Europe. Indeed, I had never heard of him before last week. Yet the appeal of his music is clear to anyone who bothers to set aside the language difference and simply experience the music. My own experience was dependent on this, as I do not speak a word of Polish. The challenge to the music was to evoke the moods and emotions it intended without the aid of linguistic comprehension.In the end, the only way to describe the oratorio is as an experience of beauty and art. It features well over one hundred artists, including six main vocalists, a Polish choir of 32, a 65-member orchestra, and a choir of 25 Toronto voices. At the center of it all is Rubik, bouncing around like a little child, his distinctive shoulder-length bleached hair tying to keep up with the movements of his conductor’s baton!Yet for all its grandiosity, the music rises above its creators and by the fifth piece we’ve all but forgotten about Rubik. It becomes more than a work of art and becomes a vehicle for transcendence, for transporting the listener through salvation history, and bringing us all a little closer to God. It becomes sacramental in the same sense that John Paul the Great called the Sistine Chapel “sacramental," in that it presents us with the Divine. 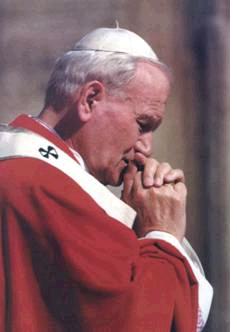 The oratorio begins with a prologue, titled simply Tu Es Petrus, which bears the full weight of Petrine authority on its strong Polish shoulders. It tells the story of John Paul II, his humble beginnings as a “pilgrim from Wadowice” and quotes the Roman poet Horace, saying “Non omnis moriar” (Not all of me will die!) Its booming opening is quickly replaced with a frantic yet solemn refrain, balanced with a lighter melody sung by the six main vocalists. The theme will be revisited in many of the subsequent pieces. In a way the whole of the oratorio is summed up in this prologue: a frenetic beginning, a hopeful strain in the midst of darkness, ultimate triumph, ending with a bang – one of Rubik’s signatures.The oratorio is divided into three main parts, each separated by a “litany” and an intermediary piece. All of the pieces are narrated by bible passages and texts from the writings of John Paul II.The first part, called “Pater Noster,” speaks of Adam and Eve, Cain and Abel, the fall from grace and the promise of redemption. It is separated into four songs. Ludzie to Adam i Ewa (People are Adam and Eve) is the explosive story of creation. Zdumienie (Wonder) is a slow thoughtful piece about the meaning of life that takes its lyrics from the poetry of John Paul II. It has as its refrain and conclusion the simple words “Ma sens,” or "It has meaning." Tak bowiem Bog (For so did God…) and Strumien (Stream) evoke the awesome presence of God and leave us uplifted and hopeful. You really have to listen to these two with your eyes closed!The second part is called “Ecce Homo” and is the weakest of the three. It presents four very different songs about four different apostles – Judas, Peter, Thomas and the disciples on the road to Emmaus. For the most part, these pieces are lyric-driven (a problem for anyone who does not understand Polish). Yet the emotions are there: the song of Judas is angry and frantic; the song for Peter somber; Thomas' song is a mix of emotions, driven by a pounding theme reminiscent of the Prologue; and the song of Emmaus evokes the mystery of this strange man who knows nothing of the events of the past days.The third part is called “No one but God can give them such love” and is a series of love songs, drawing on texts from Corinthians in explaining the eternity of love. Milosc to wiernosc wyborowi (Love is fidelity to choice) is a breathtaking love song that would do very well were it released as a single. It received the longest applause. Jedenaste (The Eleventh) is ponderous and driven by its words. Niech mowia, ze to nie jest milosc (Let them say this isn’t love) is probably the best-known of the pieces in the oratorio (regular Salt + Light viewers can periodically see the entirety of this piece aired between programs). It asks whether love can really last, with the resolute lovers saying “let them say this isn’t love.” Bedziesz milowal (You shall love) is the oddest of this set – it’s a bubbly, light, fun piece that doesn’t seem to fit within the oratorio at all. 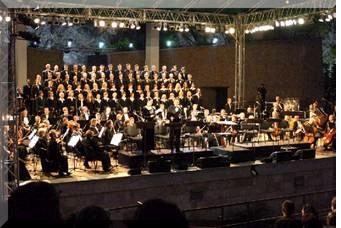 The end piece is called Litania do kazdziutkiego na ziemi, (Litany for everyone on earth) which blends themes from several of the songs into a melody all its own. It has a similar energy to Ludzie to Adam and is a fitting end to the oratorio. Finally comes the epilogue: a reprisal of Tu Es Petrus.Then came the ovation, the thanks, and the encore. At the performance I attended, the performers obliged us with a second encore, and then a third and a fourth. In all there were five standing ovations and four encores, and when Rubik came out afterward to autograph posters and CDs, he was mobbed by a crowd of screaming middle-aged Polish women!It was a much quieter scene just two days prior when Rubik visited Salt + Light Television.Producer Pedro Guevara Mann interviewed the Polish composer in our chapel for an upcoming episode of In Your Faith, while Kris Dmytrenko spoke with him for our daily update Zoom. And though the Tu Es Petrus' Canadian Premiere was less than forty-eight hours away, none of the pressure showed.“Someone told me when I was seven that my greatest success would be writing music for the Church," Rubik told Pedro. He added with a smile: "And it came true!"Tu Es Petrus is not the only religious work that Rubik has composed, in fact the oratorio is only one part of his “Holy Cross Triptych” that includes Swietokrzyska Golgotha (Holy Cross of Golgotha) and Psa?terz Wrze?niowy (September Psalms). The entire set amounts to a four-hour extravaganza that has been touring Poland and parts of Europe since its completion in late 2006. Much has been made of the individual songs from Psalterz, as many have been made into music videos and aired on public radio and television. In fact, an Irish poet was commissioned to translate the monumental work into English, but he has deemed the task nearly impossible. Whether we will ever be able to hear it in anything other than its native language remains to be seen – though individual songs of Psalterz have already been translated (and music videos made of them, too) – but then again is it better to listen to St Matthew’s Passion in stilted English or in its florid German? 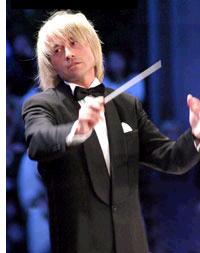 “Music is a universal language,” Rubik told Salt + Light, “It just has to give a good energy, good feelings to people - to give them hope and give them joy. To have a spiritual approach to music is always good for your art.”Given the perennial nature of religious music, I’d say that Rubik is quite on track.At the performance, Salt + Light also had the opportunity to chat with Joanna Switakowski. She's one of the twenty-five local singers who joined the Warsaw choir for the performance.“The spiritual level [of the oratorio] is incredible," she exclaimed, "It’s hard to sing the lyrics and not be swept away by it.” Of Rubik she added, “He’s very demanding…[and] he’s very good at what he does.”“I have to thank God for my gift, and so I give it back to Him [through this music]” explains Rubik, who also composes film scores and pop music. “Religious music moves me higher.”And based on the response of the audience at last Sunday's performance, it moves the audience as well.In the end, one is driven to reflect on the fact that religious art, or at least art produced from a religious mindset, consistently appeals to humanity’s inner need for God. Our hearts are restless, said Augustine, until they rest in Him, and art brings us just a little bit closer.Or, in the words of John Paul, echoed in Petrus: “Ma sens, ma sens, ma sens.” It has meaning, and one to which we all relate.