One of the best-kept secrets: The happiness of the priesthood

Given the shortage of priests in many dioceses, few Catholics would be surprised by the results of an American survey reporting that 42% of priests feel overwhelmed by their workload. 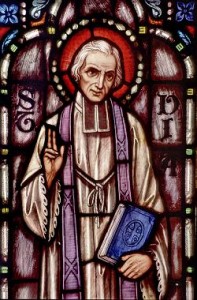 "Why would someone be happy with a celibate life, little pay, long hours and a regular drubbing in the press?", asks Msgr. Stephen Rossetti, a psychologist who conducted the study. Yet according to his research, 9 out of 10 are happy to be priests and claim good morale. Msgr. Rossetti tells Catholic News Service that priests are drawing a “countercultural joy” from their sense of closeness to God, including their strong conviction that “God loves them personally and directly”. Continued below is the report from Catholic News Service.

Trials will leave priesthood, church stronger, priest-psychologist says By Catholic News Service April 15, 2010 HOUSTON (CNS) -- The U.S. priesthood and the Catholic Church itself will emerge from today's crises stronger than ever, according to a priest-psychologist. Msgr. Stephen Rossetti, an expert in treating psychological and spiritual difficulties, especially among priests, spoke April 13 at the annual convention in Houston of the National Federation of Priests' Councils. Although a look at newspapers and blogs gives the impression that the priesthood "is dispirited, discouraged and disintegrating," Msgr. Rossetti said two studies he conducted of 4,000 priests between 2002 and 2010 show that "priests like being priests; they find great satisfaction in their lives." "Rather than disintegrating under the pressure and stress of our day, it appears to me that our priests are becoming stronger," he said. "As the public negativity rises and the chorus of naysayers crescendos, I believe our priests and church are actually the better for it," he added. "Truly, the more the church suffers, the stronger it becomes." Continue reading