On America’s National Day of Prayer, faith and reason
should join hands 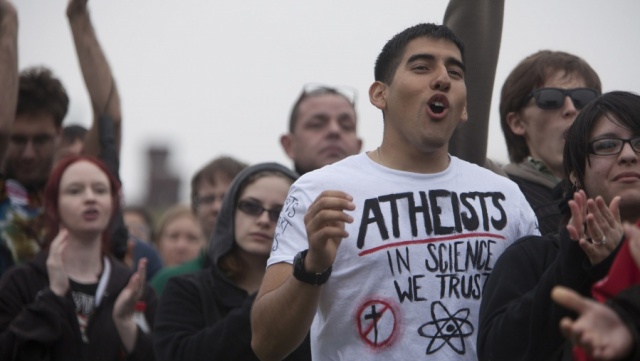 The effects of a growing secularism can be felt in nearly every facet of life in the traditionally Christian countries.  Today, cases before the courts frequently consider issues of religious freedom and the separation of church and state.  More than ever before, questions are being raised about the religious “traditions” of a society that for generations were considered natural communal expressions of a robust religious and cultural identity.
“If you have a day of prayer, we want a day of reason!” Take, for instance, the 64th National Day of Prayer being celebrated in the United States today.  Unofficially the celebration dates back to 1775, but it became Congressionally-mandated and federally-supported in the mid-20th century.  As is the custom, President Barack Obama will invite all Americans to "turn to God in prayer and meditation,” a practice all major faith groups can participate in, in one form or another.
There is a group of Americans, however, critical of the celebration in what they see as an expression of religious favoritism (Christianity) on the part of the state that, they argue, is well beyond the competence of government.  For some of them, May 7th 2015 is not the National Day of Prayer, but the National Day of Reason.  It is a celebration all the same, but one of the absolute separation of church and state and of reason over religion as the guiding principle of American secular democracy and, in effect, all human progress.
This year, the American Humanist Association, the leading proponents of the day of reason, went so far as to seek recognition of the celebration in Congress; a resolution was tabled by House Representative Mike Honda of California on April 29th.
A quick Google search of the day of prayer or reason will yield a healthy dose of enthusiastic commentary in strong support for one or in equally strong opposition to the other.  Clearly, the two celebrations are seen as antagonistic by those concerned.
“It doesn’t matter to me.” Despite the strong feelings on either side of the debate, a significant percentage of the American citizenry doesn’t seem all that interested.  A 2010 Gallup poll found that while the majority of Americans (57%) favor the National Day of Prayer, more than a third of Americans (38%) said it didn’t matter to them whether the country celebrated it or not.
The numbers are interesting considering another poll found that more than three-quarters of Americans (77%) still identify as Christian while 19% say they do not have a formal religious identity.
While the debate over the National Day of Prayer and the National Day of Reason is not the most pressing issue for Americans today, it does reflect an interesting reality in the debate between religion and secularism.  I find it to be especially true of the young adults of my generation that while strong believers and non-believers debate the big questions and their proper role in the advancement of society—things like prayer to God or a purely humanist philosophy—a significant number do not think the debate is worth having at all.  These folks would not necessarily be for or against a day of prayer or a day of reason, many simply don’t care.
It reminds me of one of Chesterton’s brilliant novels called The Ball and the Cross, written over one hundred years ago, but prophetically pointing to the same phenomenon.  In the book, two Scotsmen, one a naïve Catholic and the other an equally naïve atheist, furiously debate the existence of God to the point of proposing a duel to the death.  Ironically, the thing both men are willing to die for others are indifferent to, and the two enemies find themselves united against a society that has trivialized life’s most important question.
The fact that this phenomenon had to some extent already taken place by the turn of the 20th century means we shouldn’t be shocked by it today.  But it’s an important phenomenon worth reflecting on nonetheless, especially when considering the consequences.
Faith and reason: an indissoluble marriage Since today is the National Day of Prayer and unofficially the National Day of Reason, let’s use the discussion around them for our general reflection.  From my conversations with those who are “indifferent”—and they would happily describe themselves as such—it seems to be that the individual arguments for or against one celebration or the other are simply not relevant or particularly convincing.
On the one hand, the simple fact that the day of prayer is Congressionally-mandated and considered an important historical tradition means relatively little anymore.  The language and manner in which prayer (usually Christian prayer) is explained does not connect with people’s lived experience.  It can come across as archaic, superstitious, condescending and exclusivist.
On the other hand, the arguments of atheistic humanism for the abolishment of all state religious tradition, no matter how small or tame, seems overly aggressive and reactionary.  The trumpeting of human reason as the singular instrument for all authentic progress strikes people, ironically enough, as inhuman; it is unfaithful to the complexity of the human person and opposed, once again, to their lived experience.
One solution would be to consider both responses together and propose what the Catholic Church has always proposed: that faith and reason are not antagonistic realities—what a novel idea!—but two complimentary and indispensable tools for understanding the most profound realities of human existence.
And because the Church has always proposed this, there’s a lot of material to work with.  Look at the pontificate of Benedict XVI, our contemporary, whose teachings were permeated by this foundational principle.  He, more than anyone else, saw the risks of separating faith and reason at this moment in history; he knew that the credibility of the Gospel as well as the progress of humanity depended on the indissoluble marriage of the two.
During the 2012 Year of Faith, Benedict reflected on the relationship between faith and reason in his weekly general audiences, saying on one occasion:

“God illuminates reason and opens up new horizons, immeasurable and infinite. Therefore, faith is a continuous stimulus to seek, never to cease or acquiesce in the inexhaustible search for truth and reality.  Intellect and faith are not foreign or antagonistic to divine Revelation, they are both prerequisites for understanding its meaning, for receiving its authentic message, for approaching the threshold of the mystery.  The Catholic faith is therefore rational and also nurtures trust in human reason.” (Nov. 21, 2012. See S+L’s summary)

In that unforgettable address to scientists at the University of Regensburg in 2006, he made this plea to broaden our conception of reason:

“While we rejoice in the new possibilities open to humanity, we also see the dangers arising from these possibilities and we must ask ourselves how we can overcome them. We will succeed in doing so only if reason and faith come together in a new way, if we overcome the self-imposed limitation of reason to the empirically falsifiable, and if we once more disclose its vast horizons.”

“The courage to engage the whole breadth of reason, and not the denial of its grandeur—this is the program with which a theology grounded in Biblical faith enters into the debates of our time.”

A significant number of folks today are indifferent to the various faith traditions and practices that were historically invaluable.  Yet they hesitate to get on an atheistic bandwagon that would dismiss faith entirely from the realm of relevancy and progress.  In the meantime, most Americans say a prayer or two and get on with their lives, while American humanists rally to solidify the first Thursday of May as the National Day of Reason.
To be honest, this initiative might be the best solution.  In an almost Chestertonian twist of irony, the Congressional resolution would bring two opposing forces together in a most unlikely way, to celebrate.  On the chance that it is adopted, I suggest, as Benedict might, that they call the new celebration the "National Day of Faith and Reason". 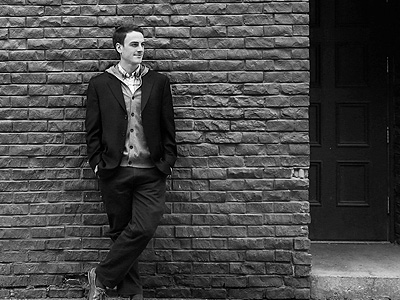