National Post visits S+L: "Secure in their faith, in love with the Church, but frustrated as hell" 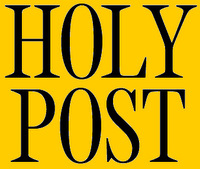 On Tuesday, S+L's production team was visited by Charlie Lewis, lead religion reporter for the National Post. Lewis asked each of us, as young Catholics in the media, how we feel about the Church's response to the clergy sexual abuse crisis, as well as how we've perceived the sometimes questionable mainstream media coverage. Today on the NP's Holy Post blog, Lewis shares his impressions from that discussion, as well as his own perspective on the discordant Church responses to the scandal.

Stop blaming, start repenting By Charles Lewis, National Post April 14, 2010, 3:35 PM Earlier this week I met with a group of about a dozen young professionals at Salt and Light Catholic Television Network in Toronto. I was curious to find out their thoughts on the crisis now engulfing their Church, and mine. The first thing that became clear was that no one's faith in the Church had been diminished. All agreed the Church is run by men, that men are capable of sin and that the Church was much larger than the sum of its parts. Some agreed the Pope should do a major mea culpa for the sin of abuse that has occurred in the Church — not because they felt he was in any way responsible, but because as head of the Church he should answer for all of us and be capable of showing humility. The Gospels are big on humility. There was also some agreement that the Church has not done the best job in making its own case. I would say that was an understatement. Continue reading