Which Bible Is Right For Me? 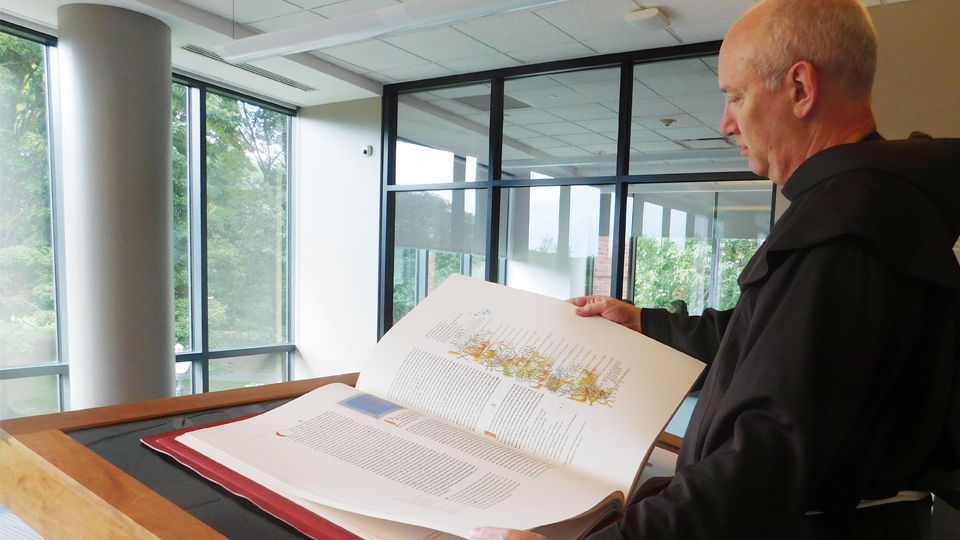 Which Bible Is Right For Me?

One of my favourite places to visit is a well-stocked Catholic bookstore, but the ‘Bibles’ section is hardly ever where I head first. The sheer number of translations and versions can be intimidating. That’s why I did some digging in honour of this year’s National Bible Week (November 18-24; it's been held in the USA since 1941) and put together this easy-to-follow guide to the major Bible types and translations on the market today.

What it ultimately comes down to is this: What do you want to use your Bible for?

1. I want a Bible that closely follows along with the readings I hear at Mass

In Canada – the New Revised Standard Version – Catholic Edition (NRSV-CE). Canada is the only country whose Lectionary uses a modified version of this translation. The ecumenical committee that put this translation together was guided by the principle of creating a translation “as literal as possible, [and] as free as necessary." In the USA – the New American Bible (NAB) Though there is a newer version of the NAB (called the NAB-RE), the American Lectionary still uses a modified version of this translation. It is produced by America's Confraternity of Christian Doctrine. In the rest of the English-speaking world – the Jerusalem Bible (JB), with the Grail Translation of the Psalms. Fun fact: J.R.R. Tolkien contributed to the translation of this Bible (primarily the book of Jonah), which is known for its beautiful literary style.

2. I want a Bible translation for serious study

Right now, your best bet is the Revised Standard Version, Second Catholic Edition (RSV-2CE) (though some word argue that its predecessor - the RSV - is better). Fun facts: This translation was published in 2006, and while it isn't used in mainline Roman Catholic liturgy now, it's the sole translation used in the liturgy of many personal Ordinariates (the structures governing groups of former Anglicans who have come into full communion with Rome). The Ignatius Bible and Great Adventure Catholic Bible both use this translation. Earlier this year, the Indian Bishops' Conference released a version of the Bible with a translation based on rigorous fidelity to the exact wording of the Scriptures. It's called the English Standard Version - Catholic Edition (ESV-CE), but it isn't widely available outside India. Not yet, at least.

3. I want a translation with simple, easy-to-understand language

Check out the Contemporary English Version (CEV) (5th grade reading level) or the Good News Translation (GNB or GNT) (6th grade reading level). These translations were done on the principle that their language must be easily comprehended by those with no familiarity with "Biblical" terminology or vocabulary.

4. I'm looking to read Scripture for the first time, or explore the Bible in a new and novel way:

You might like the YOUCAT Bible (YOUCAT Foundation, 2017). It's based on the RSV-2CE (see #2, above) and the subtitle of this one says it all: "An Introduction to the Bible with Selected Biblical Texts”. God With Us: The Story of Jesus as Told by Matthew, Mark, Luke, and John (Loyola Press, 2017) is also a good option. Its blurb says, “if you want to grow spiritually but are hesitant to read the Bible, then this book is for you”. Combining passages from all four Gospels into one linear story of the life of Jesus, each section is followed by questions and reflections. And for the visual learners out there, The Life of Jesus: A Graphic Novel (Pauline Books & Media, 2018), while designed for ages 9-12, might be just what you need to spark a renewed interest in the Scriptures.

If you'd like to explore other translations outside this list, the USCCB has a useful guide to modern translations that they have approved for private study and devotion.