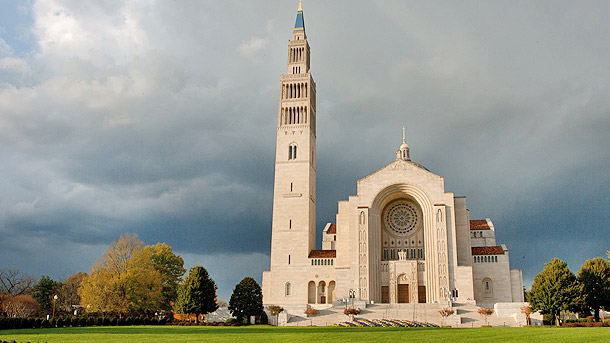 Special Mass of Thanksgiving on the Occasion of the First Anniversary of the Election of Pope Francis from the Basilica of the National Shrine of the Immaculate Conception in Washington. His Eminence, Cardinal Donald Wuerl, Archbishop of Washington, is the principal celebrant and homilist of the Mass. Archbishop Carlo Maria Viganò, Apostolic Nuncio to the United States, and Monsignor Walter R. Rossi, Rector of the Basilica, will concelebrate the Mass. - Photo Credit: The National Shrine of the Basilica of the Immaculate Conception in Washington. (CNS file photo/Nancy Wiechec)