Marching for all life 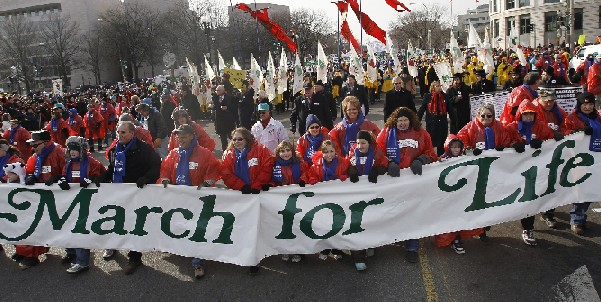 Last Monday, hundreds of thousands of pro-lifers marched in Washington for the 39th March for Life.  Despite the January weather, this is consistently one of the largest annual protests in Washington.
Even though the title of the protest is “for life” it is very clear that this event is specifically an anti-abortion event. The March has been held every year since 1974, a year after the Roe v. Wade decision that legalized abortion in the United States. But if we are to be called a people of life, we need to have a consistent ethic of life. Don’t get me wrong, we must protest abortion, but if we are going to march for life, we need to do so also for those on death row, the elderly and the disabled. This is why I think it was significant that for the Cardinal O’Connor Conference, one of the March for Life events, which took place at Georgetown University on Sunday, the keynote address focused on the dignity of the disabled. Keynote speaker, Archbishop Charles J. Chaput of Philadelphia said that an 80 percent abortion rate of those with disabilities shows the need to restore a fundamental respect for human dignity in America: “These children with disabilities are not a burden; they’re a priceless gift to all of us. They’re a doorway to the real meaning of our humanity.” I was moved when I read this. How many people with disabilities do I know? Many of them are my friends. But I am too familiar with stories about doctors who push pregnant women to test for Down syndrome. Why? So they can terminate their pregnancies? But this is not reported in any studies: In Canada, 9 out of 10 pregnancies that test positive for Down Syndrome are terminated. This happens despite the fact that the amniocentesis test is very often unreliable. Just last week, here in Canada there were reports that another kind of selective abortions are taking place. What happens is that, especially among certain ethnic communities, female fetuses are commonly aborted because of a preference for sons. Rajendra Kale, editor-in-chief of the Canadian Medical Journal said in his editorial piece, that even though this practice is by no means widespread, it is carried out by some immigrants to Canada. He explains that Canadian research has suggested that sex selection is occurring in Canada in certain groups when families have had girls and are seeking a son. What I find amazing is that there are people in this country that claim that there is a majority who consider the access to abortion to be a basic human right. It is these same people who are now shocked at the fact that this very “right” is being used to target women by killing them in the womb. 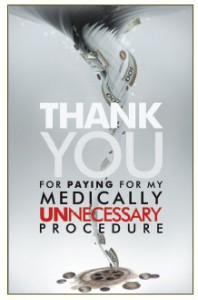 Perhaps those who are shocked by this news will join the latest pro-life campaign in Ontario that calls on the province’s elected officials to defund abortion. A recent poll prepared for The Campaign Life Coalition shows that more than 60% of Ontarians oppose the estimated yearly $30-50 million spent on elective abortions that are not medically necessary. For more information on this campaign, visit Campaign Life Coalition. In his talk, Archbishop Chaput focused on children with Down syndrome. He stated that in the U.S. more than 80 percent of the unborn babies who are diagnosed with Down’s are killed prenatally: “They’re killed because of a flaw in one of their chromosomes – a flaw that’s neither fatal nor contagious, but merely undesirable.” The Archbishop continued: “The real choice in accepting or rejecting a child with special needs is never between some imaginary perfection or imperfection.  None of us is perfect.  No child is perfect.  The real choice in accepting or rejecting a child with special needs is between love and unlove; between courage and cowardice; between trust and fear […]And that’s the choice we face as a society in deciding which human lives we will treat as valuable, and which we will not.” And isn’t that what the whole pro-life argument is about? It is not up to me to decide which lives are valuable and which are not. Our value as human beings is not determined by our gender, level of ability, age, stage of development, nor by our actions, criminal behaviour, productivity or level of contribution to society. Our value is determined by our ability to love and to be loved by God. And we must not be afraid to share that with others. “Fear is beneath your dignity as sons and daughters of the God of life,” said Archbishop Chaput: “Never give up the struggle that the March for Life embodies,” he added. “Your pro-life witness gives glory to God.” - Photo credit: CNS photo/Peter Lockley