Live Coverage: Opening of the Year for the Priest this Friday 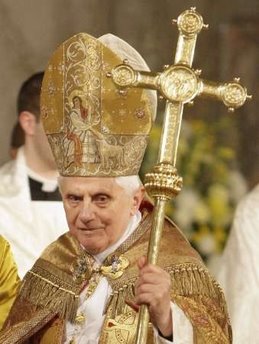 This Friday, the Solemnity of the Sacred Heart of Jesus, marks the beginning of the Year of the Priest.
Pope Benedict XVI proclaimed the year, June 19th 2009 to June 19th 2010, as the opportunity for priests to develop a sense of “spiritual perfection, upon which the effectiveness of their ministry principally depends.” It offers the opportunity for all in the Church to consider this great vocation and encourage our priests. It’s also the 150th anniversary of St. John Vianney, the patron of parish priests. Commonly known as the Curé d’Ars, the Holy Father described the 19th century saint as the "true example of a priest at the service of the flock of Christ.” To mark the beginning of the Year of the Priest, Salt + Light Television will be broadcasting live the arrival of the relics of St. John Vianney at St. Peter’s Basilica June 19th at 11:30 am ET. As part of the arrival, the Holy Father will also preside over Vespers. The liturgy will be broadcast in its original Italian, with English translation for the readings and homily. You can catch an encore presentation of the Holy Father’s homily on this special opening of the Year of the Priest on Father’s Day, this Sunday, June 21st, at 3pm ET and again at 10:30pm ET.