‘LET US BE EASTER PEOPLE’ - Easter Message from CCCB President 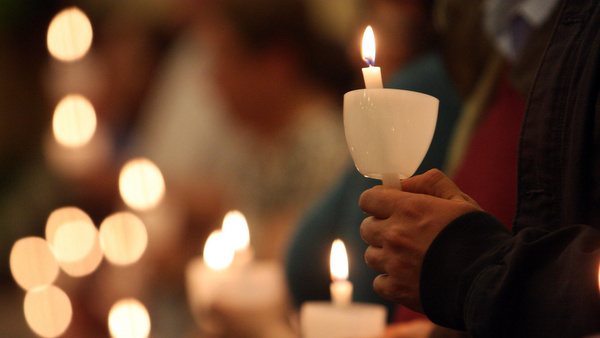 Life is stronger than death! This is the fundamental conviction of my Christian faith. It is based on a fact: Jesus' disciples were radically transformed only a few days after his death.
Let's put ourselves in their place. The one in whom they had hoped has died, and his death was shameful. Accused of encouraging revolt against the government, Jesus was tortured, publicly humiliated, and crucified like a most vile criminal. A phrase from the Jewish Scriptures must have haunted them: "Anyone hung on a tree is under God's curse" (Deuteronomy 21.23).
The one they had believed to be God's Prophet now seems cursed by God. They were convinced he would restore the kingdom of Israel – but once again the Roman Empire proves all powerful. They believed that the future ages would be transformed by him, but now they are mocked by never-ending sadness and futility.
Is it surprising they fled to avoid being taken with him? That Judas took his own life? That Peter, their leader, even denied knowing him? That they hid themselves in sorrow and despair?
What happened just a few days later to bring about such a radical change in them? Jesus' death had made them fearful; now they are full of courage. They had gone into hiding; now they preach in public. They had been dispersed, each to his separate way; they now come together for prayer and the breaking of the bread, united in unbreakable solidarity.
Continue Reading