Let there be (Salt) Light

Canadian daily newspaper The Toronto Star has published an article on Salt + Light Television in their business section.  See it below: 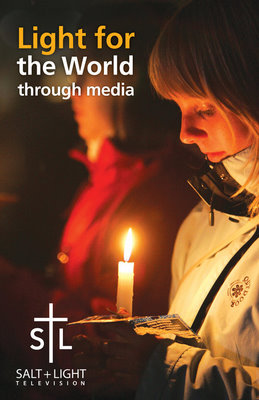 Let there be (Salt) Light Ron Csillag Special to The Star February 24, 2011 Call it the little network that could. Maybe with a divine nudge. In the only-God-knows-how-many-channel universe, Canada’s first homegrown national Catholic television network is that rarity in broadcasting: a success story. In the nearly seven years it has been on the air, Toronto-based Salt + Light Television has grown to 25 employees, with around-the-clock programming, original productions (37 in-house documentaries to date), a radio station, a Chinese division, a magazine, a website that streams the network to as many as 40 countries, and an annual budget of $3 million. There’s even a satellite office in Montreal. It’s a far cry from the two-person operation in the cramped downtown Toronto office of World Youth Day that rebroadcast a lone signal from the Vatican. Continue reading