Season four of Lectio Divina gets underway this Sunday! 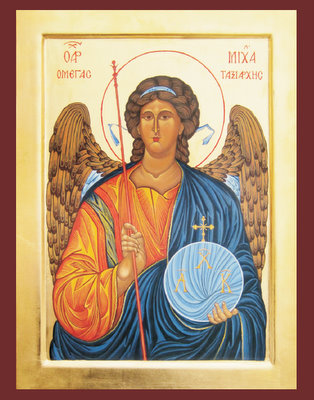 Previously, Archbishop Collins has meditated on the Sermon on the Mount, the writings of St. Paul, and the Parables of Jesus. For the 2010-2011 season, Toronto's chief shepherd will reflect on two books in Scripture. From September to January His Grace will focus on the Book of Revelation, while from February to June it will be the Letter of St. James. For this first episode the Archbishop looks at Revelation 1:1-20.  This sets the stage for the season on Revelation as we read of St. John writing from the island of Patmos to the seven Churches. Archbishop Collins begins it all with a meditation on the prayer to St. Michael; noting its history and considering each line. Join us for the broadcast edition of Lectio Divina with Archbishop Thomas Collins: Reflections on the Book of Revelation this Sunday, September 26th, at 8:30pm ET, or catch the encore presentation Wednesday, September 29th, at 8:00pm ET. For more information on this season -- the broadcast dates and Scripture that will be prayed -- visit our Lectio Divina prayer here.