KofC Phoenix: The Oasis in the Desert 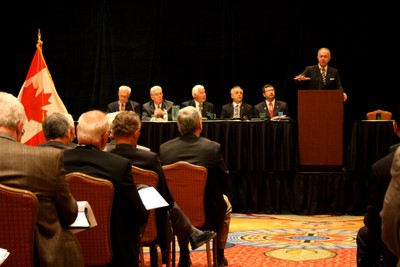 On Monday morning, Fr Thomas Rosica CSB and three of us S+L producers were privileged to attend the meeting of the Canadian Delegates, clergy and Bishops in attendance at this year’s 127th Supreme Knights Convention. In the middle of the session we were honoured by the arrival of Supreme Knight Carl Anderson who addressed the group with moving words focused on the vital works of the Knights in Canada and the unique gifts and blessings poured out upon the nation in these past seven years namely, World Youth Day 2002 and the 2008 International Eucharistic Congress. Mr Anderson then spoke of the great significance of Salt + Light Television in Canada and in the North American Church in its role of being, “one of the most visible and tangible instruments of the New Evangelization, and a direct fruit of World Youth Day 2002." In addition, Mr. Anderson announced that the Supreme Council of the Knights of Columbus voted this past Sunday to enter into a "strategic, long term relationship and partnership with Salt + Light Television.” He then said: "To mark the beginning of this new relationship, and to indicate clearly our esteem, appreciation and pride in Salt + Light, I announce today our grant of five hundred thousand dollars to Salt + Light Television as the first step in a long-term, sustained financial support for a network whose important mission is entrusted to a team of young, faithful people, able to communicate 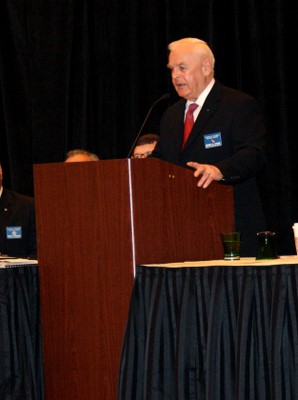