Is finding a common date for Easter possible? 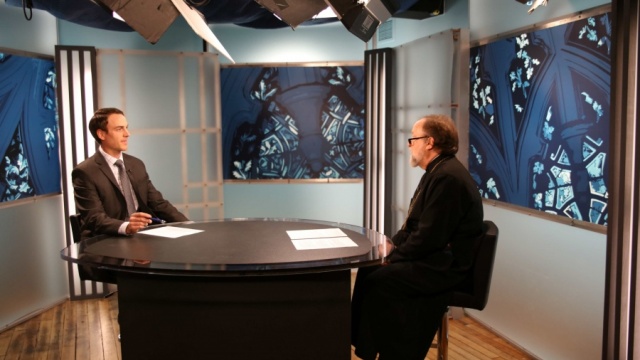 (Guest host Sebastian Gomes interviews Fr. Peter Galadza of the Sheptytsky Institute about the ecumenical implications of finding a common date for Easter between the churches of the east and west.) In May of 2014, Pope Tawadros II of the Coptic Orthodox Church in Alexandria, Egypt sent a letter to Pope Francis. In it he expressed his desire to establish a single date for all Christian Churches to celebrate Easter. Since the 16th century the Catholic and Orthodox churches have used different calendars to calculate the date of Easter. But in modern times as Christian persecution has become rampant in many parts of the world, Christians are seeing more of what they have—and should have—in common. Pope Francis, who has proven to be a bold advocate for Christian unity, has not initiated anything officially, but said in an unscripted remark at a priests retreat last June that, “We have to come to an agreement” for a common date on Easter. Since then other Christian leaders have backed the proposal, including the head of the Anglican Communion Justin Welby, and Patriarch Aphrem the 2nd of the Syriac Orthodox Church of Antioch.  The practical question of how a common date could be established is still up for debate. So too are the potential ecumenical implications. A new episode of Perspectives: The Weekly Edition examines this question of finding a common date for Easter.  Guest host Sebastian Gomes and Fr. Peter Galadza, a liturgist from the Ukrainian Greco-Catholic Church, discuss the history of the Julian and Gregorian calendars and what it will take to bring the churches of the east and the west together in a very tangible way in the 21st century.