IEC: Saying Goodbye to the Coliseum

Saturday was one of our craziest days ever. We had to pack up all our equipment after the Morning Mass because we had to bring our control room, editing suite, box, etc., to the Plains of Abraham, where the Sunday Mass was going to be. The Pepsi Coliseum was no more!!
BUT we still left enough equipment to shoot the Saturday Vigil with the youth in the Pepsi Coliseum so that it airs live on Salt + Light. It was a big challenge especially for our technical team – I didn’t see them after the Vigil because they went straight to bring all the equipment to the Plains of Abraham. I didn’t see them at breakfast the next day because they had to be there at 7 am at the Plains. Busy, busy!Being a sentimental kind of person, I’d like to remember with you the rooms we all worked in and what we all had to do at the Pepsi Coliseum… So, enjoy!

We had a studio on the 4th floor of the Pepsi Coliseum, where we shot all the Witness interviews Father Tom had with such big names like Jason Kenny (a Canadian Member of Parliament), Cardinal Dziwisz (Archbishop of Krakow, Poland), and Carl Anderson (Supreme Knight of the Knights of Columbus). After the live events, Fr. Tom interviewed people in this studio. This was also the place where Richard had been hiding. His job was to edit the final episode of 64 Days with the Ark and Zoom for most of the Congress, as well as do some camera work. Marc joined him later on in the week to edit Zoom. This was a very important room. We couldn’t have finished English Zoom or interviewed our VIPs without this space. Kris and Richard also finished the last episode of the Ark show here. 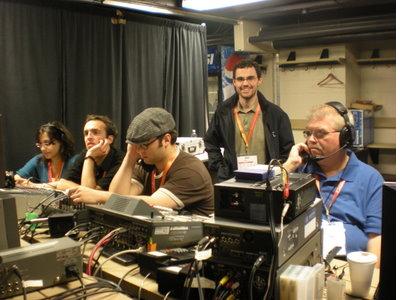 Next, we have another very important room, in the basement of the Coliseum. This is where Javier worked with his “Master Control” crew. All the switching, critiquing, technical directing, strategizing, and eating (whenever we’re really rushed) happened in this room. Javier was our Technical Director – there were so many opportunities for things to go wrong, and though some things did, Javier was able to troubleshoot our team out of it. He really did an incredible job -- I can’t even begin to say all that Javier was doing to make this trip and production a success. He had an amazingly supportive crew: Danielle, Christopher Marentette, and Mark (an audio guy we hired for the Congress). In this picture, Javier was probably speaking to me through the headset because I was (brace yourself for it) …… Floor Director for the live events! You can also see Danielle by the editing station in the same room where she was editing French Zoom. She helped out with the audio for the live events and edited Zoom in the afternoons. It’s been a running competition about who could deliver Zoom faster – French or English. Too bad there’s not a Stanley Cup involved. It could have been way more fun.

We had a box on the 3rd floor overlooking the crowd and the stage, which was the home base in the morning for the hosts and commentators (Matthew for English, Sebastien for French, and Pedro for Spanish). Through me, Javier directed the floor. We had two monitors in the box so that we could see what was actually being carried by Salt + Light. It’s been a pleasure for us all to be speaking to the whole world since EWTN and 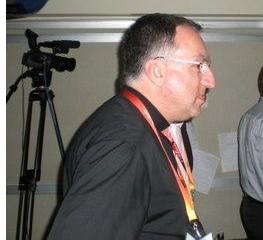 other satellite networks were carrying us. I spent half the day in this box but I really enjoyed it. Fr. Tom and Scott would sometimes pass by just to see how we were doing. Dina from Famille Marie-Jeunesse was available in the box to assist me in any way. She also shot some Zoom segments with me – she mostly spoke French and I mostly spoke English, but we made it work! Sr. Marie-Noelle was a wonderful addition to our team – she was so flexible, available, and cheerful – she did the Zoom segments in French. Our camera team – made up of Wally and David LeRoss -- was working non-stop, sometimes skipping lunch or dinner. We tried our best to keep them happy but it was tough with such a hectic schedule! 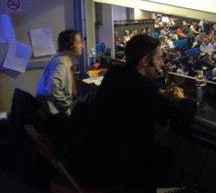 Matthew and Sebastien were practically the faces of Salt + Light during the Congress, for English and French respectively. Since I’m part of the English-speaking team, I’d like to say a word about Matthew – he was professional at all times, gave everything 150%, and represented Salt + Light very well. On top of his live commentaries, he was working on Zoom in the afternoons. At night, he would prepare for the next day and work on the Salt + Light blog. He really had a lot on his shoulders, but he came through for everybody. Bravo, Matthew!

Our Marketing team did a fantastic job of promoting Salt + Light at our S + L booth and selling a lot of DVDs – that’s mainly Seanna, Chris Pietraszko, and Benoit. We’ve only done the pre-launch of Road of Hope, David Naglieri’s newest 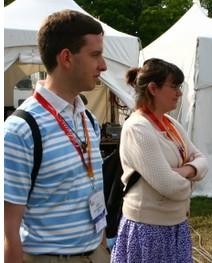 documentary on Cardinal Thuan, but we’ve already sold hundreds of copies. It really helped that one of the speakers, who happens to be the Cardinal’s sister, showed our two-minute trailer on the documentary during her talk, and really wowed the audience! David Naglieri spent a lot of time at the booth with Michele to promote his documentary. Michele also had special responsibilities – she’s been involved with the Report Commission of the Congress, which meant she had been meeting daily with a selected group of people to compile a report on the Congress. I’m sure she’ll blog about this later. 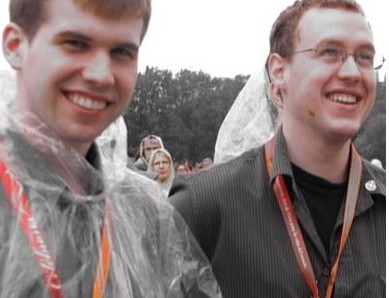 It’s been a very memorable experience. I feel that I’ve grown professionally working under such pressure daily, and working with such an enthusiastic team. Being part of a Eucharistic Congress has been such an honour and a blessing – like a week-long preached retreat! Except that I was distracted by the fact that I heard translations of the Catechesis and Witness talks daily in one ear and Javier in the other! 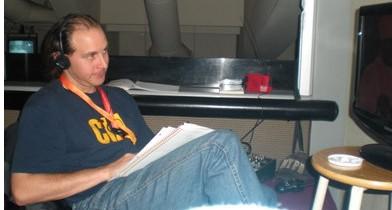 I’d like to end with three famous last words from our Supervising Producer, Pedro Guevara Mann, who really knew how to run this ship like a captain (much like Captain Jack Sparrow). He kept us all afloat and made it seem like nothing was insurmountable. Here are his words of wisdom that we heard often:1. Hey, kids (talking to his crew)! Where’s everybody?2. (His daily joke at our breakfast production meetings) I’m going to move away from Wally because he says I’m too loud!3. (About why we have to coordinate getting dinner for the crew) Food? Who needs food? If I don’t get to eat, nobody gets to eat! Mary Rose, you’ve had enough chicken and rice!Thanks to a wonderful team! I’ve enjoyed covering the Eucharistic Congress with all of you, and I look forward to other big projects like this ….