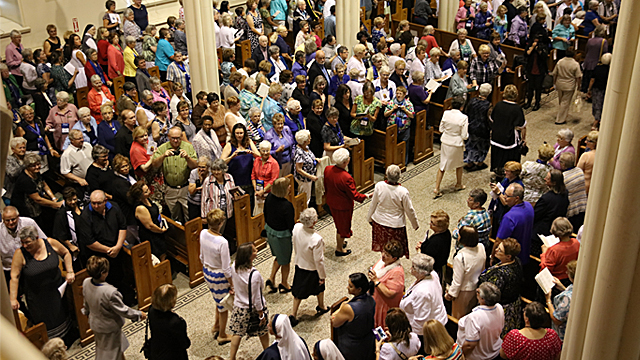 Women of faith who have come together to serve their local church community have, like the Blessed Virgin Mary, shared in the victory of the Word of God because they have heard the Word of God and acted on it as she did. Archbishop Anthony Mancini of Halifax, Nova Scotia made the statement during his homily for the opening Mass of the 96th annual national convention of the Catholic Women’s League (CWL) of Canada and the World Union of Catholic Women’s Organizations (WUCWU) North American Conference. The convention began August 14 in Halifax. More than 700 women from across the Canada and North America were gathered in Halifax for the event. The 2016 convention was focused on the issue of Palliative and Hospice Care Archbishop Mancini linked the opening of the convention to the feast of the Assumption of Mary which would be celebrated the following day saying “Mary experienced the real presence of the Word of God every time she went to the temple, but Mary also heard the Word of God in her home” spoken by the Angel Gabriel. He said Mary “carried the Word of God, gave birth to the Word of God” shared the Word of God with the world around her and in doing so she shared in the victory of the Word of God. He said the women gathered for the convention would hear in the Word of God a call to hearing and obeying the Word of God “in a country inclined to hear many words, many voices, which are not always God wants us to hear.” The women belonging to the two women’s organizations would give witness to the Word of God “by the causes you support, by the influence you bring to bear on a variety of issues” said the archbishop. 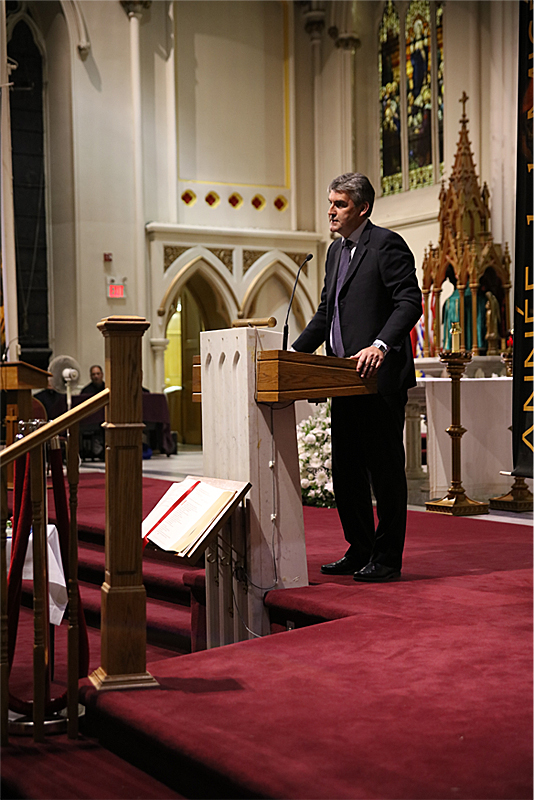 After the Mass the premier of Nova Scotia, Stephen McNeil greeted the women attending the convention. “Your voice is important in our national conversations” on social justice issues he said, adding that the members of the organization should continue “to make sure we are focused on the issues we should be focussed on.” The CWL became a national organization in 1920. In 2016 the organization had nearly 84,000 members in parish councils across Canada. At the local level members of the organization have carried out service projects aimed at improving the lives of people in the local community. Nationally the league has met with elected government officials to try to shape new laws that were being passed. The World Union of Catholic Women’s Organisations was founded in 1910 and represents 100 Catholics women’s organisations in 66 countries. The 2016 annual convention in Halifax would run from August 14 to 17 in Halifax.