Her most chaste spouse — Reflection for the Fourth Sunday of Advent 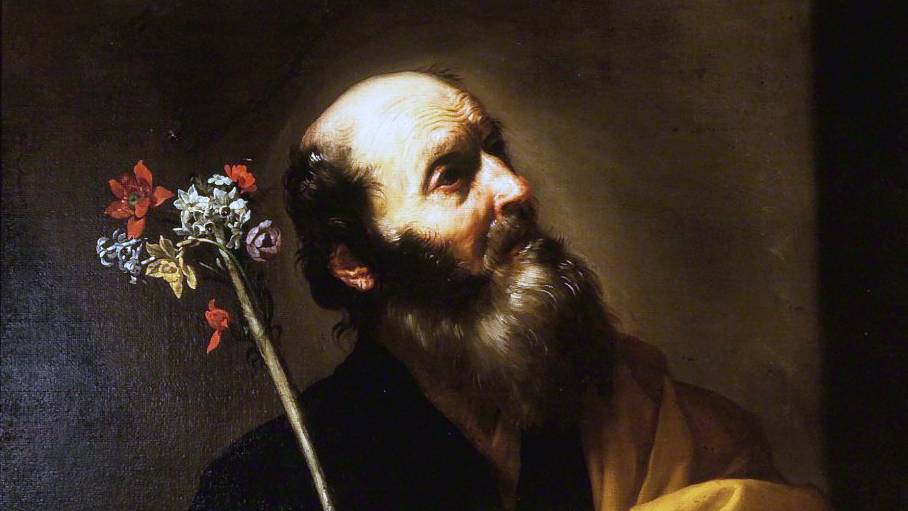 Saint Joseph with the Flowering Rod, by Jusepe de Ribera, early 1630s. Ribera conveys the unexpected wonder of the moment with the lighting from above. Brooklyn Museum | Wikimedia Commons


Who shall ascend the hill of the Lord? And who shall stand in his holy place? Someone who has clean hands and a pure heart, who does not lift up their soul to what is false.

We often say that the road to hell is paved with good intentions. But, as St. Joseph's story reminds us, so is the road to Bethlehem. "Good intentions" aren't enough, true. They have to be expressed with prudent and charitable actions. But its equally true that good intentions, offered to God in service to the human family, reveal a disposition to prudence, to charity. They also express an openness to being told, "your heart's in the right place, but here's a better thing to do about it." When Joseph discovered that his betrothed was pregnant, his good intention was to minimize her embarrassment, her scandal, as much as he could. He sought to respect her dignity and her privacy, hoped to preserve her reputation, by ensuring she could be discrete about this as much as possible. It was an intention offered to God, revealing his willingness to be part of God's plan. It was something he was prepared for, by God's plan: not immaculately, as Mary was, but still supernaturally. He was a descendent of David, a bearer of the miraculous sign uttered to his ancestors by the Prophet Isaiah: a young woman will give birth to Emmanuel. God will return to His people in springtime of their youthful jubilation. St. Joseph was prepared, also, by a life already lived in service to God. He had likely seen a lot of change in society: heightened social tensions, increased Imperial presence, the mounting temperature of apocalyptic expectation. Through it all, and at the end of the day, he maintained his integrity. At the end of the day, or rather in the middle of the night, all he cared about was doing right by God and by Mary, as best he could. He offered that intention to God, come what may. Which is why, at the end of the day, in the middle of the night, God's let him in on what's happening. Isaiah's declaration to Joseph's ancestor Ahaz, son of David was exasperated, reluctant, and came in the form of a mysteriously opaque sign. The Angel's message to Joseph, son of David was hopeful, urgent, and plainly expressed: "do not be afraid to take Mary as your wife, for the child conceived in her is from the Holy Spirit. She will bear a son, and you are to name him Jesus, for he will save his people from their sins.” May we, relying on the intercession of St. Joseph, honour our good intentions and offer them to God.