Grief divine: A reflection on Our Lady of Sorrows 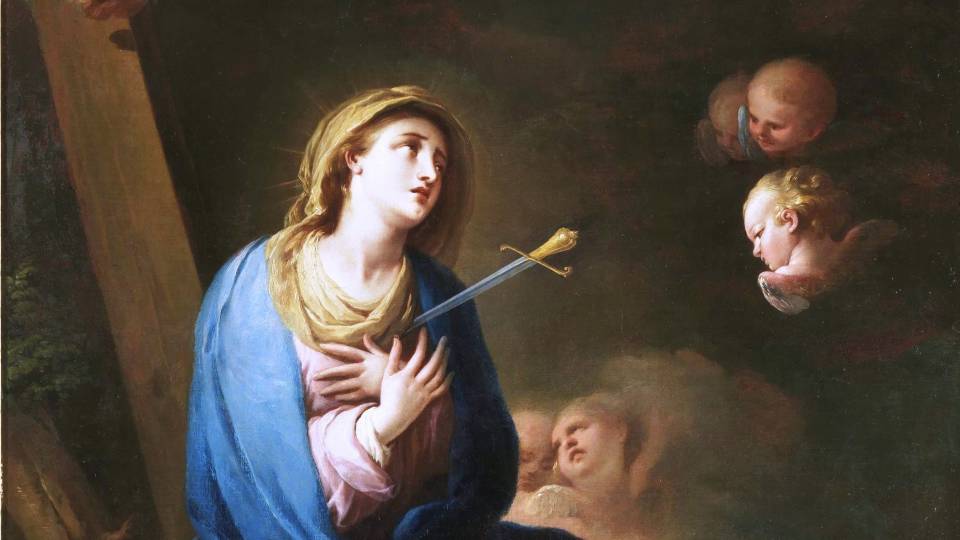 O Virgin Mother of God, He whom the whole world doth not contain, beareth this punishment of the cross; He the author of life made man.

There is something about the Blessed Virgin Mary under the title of Our Lady of Sorrows that has always appealed to me. Since I started seriously considering being received into the Catholic Church around 2015, I feel that she has been a constant and comforting presence. The devotion to the Mother of God was one of the aspects of the Catholic faith that initially drew me to the Church, as I felt that Catholicism had the greatest appreciation for her, and the fullest understanding of her importance. It seemed like a good sign that the church where I started attending Catholic Mass regularly, and would eventually be officially received into the Church, would be under the patronage of Blessed Mary as Our Lady of Sorrows. Another personal connection was that the feast day of Our Lady of Sorrows is two days after my birthday, which gave me even more of a sense of an affinity for her under this title. September is a special month when it comes to the Blessed Virgin Mary, as the feast of her own nativity is celebrated on the 8th, exactly nine months after the Feast of the Immaculate Conception on December 8th, when tradition holds that Our Lady was conceived without inheriting the stain of original sin. One week after the Feast of the Nativity of the Blessed Virgin Mary, she is honoured as Our Lady of Sorrows, the compassionate mother lamenting for her crucified Son and our Redeemer. From her, the Word of God took flesh, and that flesh had been nailed to a cross. It is no wonder that sorrow pierced her own soul when her divine Son was crucified, making her a martyr without dying. 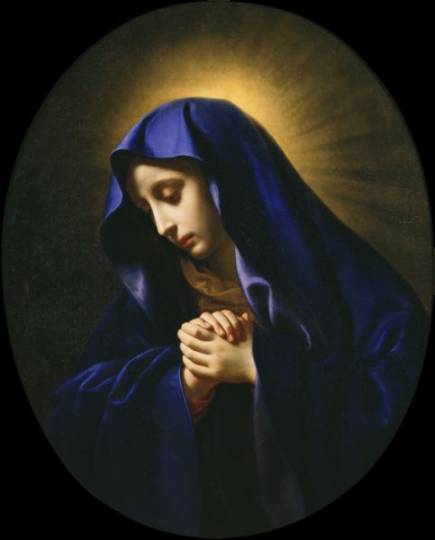 Mater Dolorosa by Carlo Dolci. Source: Wikimedia Commons
The Gospel reading for this feast day is John 19:25-27, in which Christ sees his mother standing at the foot of the cross with the disciple whom he loved (considered to be St John himself). He says to his mother, “Woman, behold thy son,” and he says to the disciple, “Behold thy mother.” These words convey that the Blessed Virgin Mary is more than just his own mother. He addresses her as “woman” rather than “mother,” possibly connecting her with Eve, the first woman of the Book of Genesis. Through Eve, sin came into the world, but through the Blessed Virgin Mary, God became flesh and redeemed our nature. When Christ says to his disciple, “Behold thy mother,” he expresses that Our Lady is the mother of all people, just as Eve was, but unlike Eve, Our Lady is the mother of the redeemed humanity reconciled to God by her Son. Our Lady of Sorrows is a relatable figure, as sorrow and grief are emotions that are common to the human condition, and Our Lady shares in that experience with us. As she mourned for her Son who died on the cross, she sorrows with us as we deal with the struggles of sin, and the events that come with mortal life that are beyond our control, like illness, accidents, and death. The Mother of God is the compassionate intercessor who intercedes to God for us, as she knows the pain that can come with human existence. God took on our human nature when the second person of the Holy Trinity became flesh in Jesus Christ and suffered on the cross, but it was his Blessed Mother who experienced the ultimate sorrow of seeing her Son die in such a brutal way, and so she profoundly empathizes with the suffering of humanity. 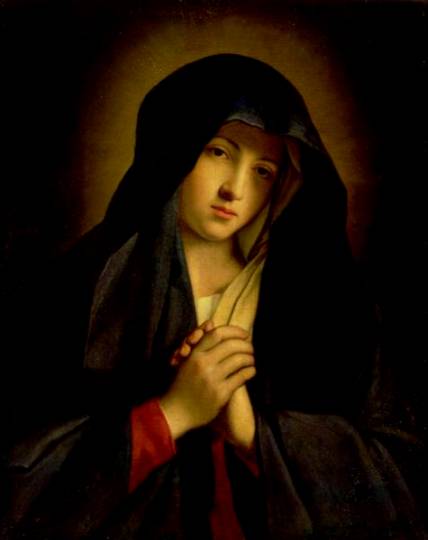 The Madonna in Sorrow by Giovanni Battista Salvi da Sassoferrato. Source: Wikimedia Commons
As Our Lady shares in our grief, we also share in hers, as her Son bore the weight of our sins and died on the cross for the salvation of the world. By honouring Our Lady under the title of Our Lady of Sorrows on this day, we remember the sacrifice that Christ made for us, and we are united with his Holy Mother in her grief for the sins of the world that led to the crucifixion of her Son. However, we also remember that sorrow is temporary, and to have hope, as the necessary death of Our Lord led to his miraculous resurrection and the redemption of all.

Virgin of all virgins best, Listen to my fond request: Let me share thy grief divine.

(From the Stabat Mater)