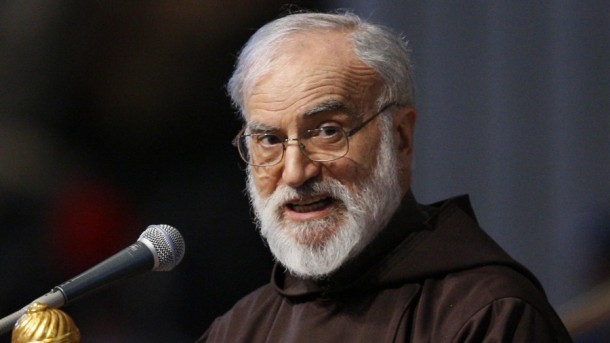 In a solemn liturgy that began with Pope Francis prostrating himself before the Cross, the Celebration of the Lord's Passion was held today in the Vatican's St. Peter's Basilica. Following tradition, the Good Friday homily was given by the Preacher to the Papal Household, Fr. Raniero Cantalamessa, OFM Cap. The Capuchin father's message is titled, "Justified as a gift through faith in the Blood of Christ".