From darkness to dawn in the Philippines | Advent Around the World 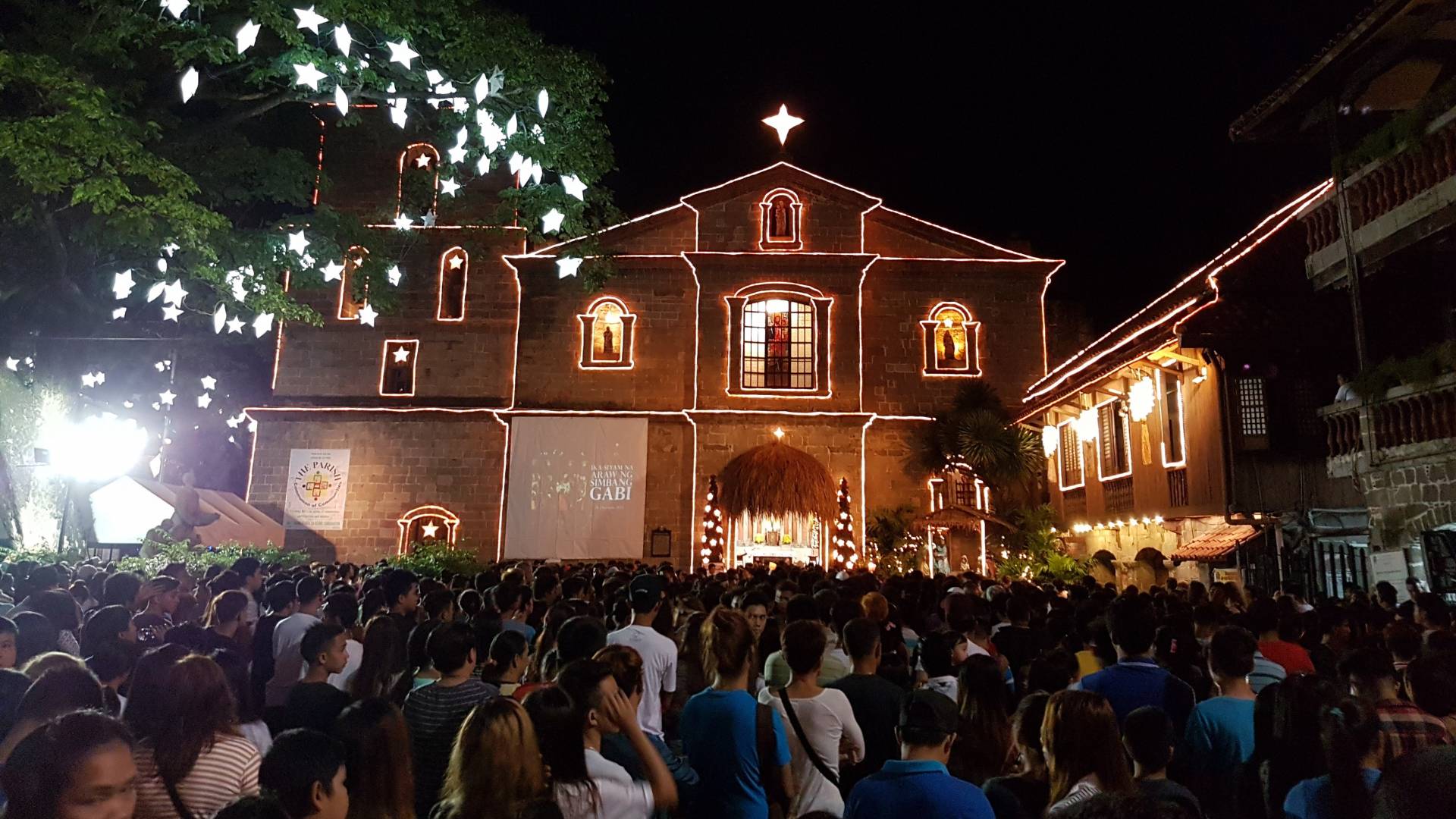 The Bamboo Organ Church, or the St. Joseph Parish Church, of Las Piñas City in the Philippines during "Simbang Gabi" or Night Mass on Christmas Eve. © Ervin Malicdem, 2016. Cropped and used under the terms of licence CC BY-SA 4.0
Among the multitude of Christmas love songs is a recent favorite of mine: "Bibingka", a sweet, swinging ballad by Filipino folk-pop band Ben&Ben. The singer meets the love of his life at Mass, holds her hand while praying the Our Father to the sound of angels singing, and at the end he buys her bibingka, a sweet rice flour cake. It has all the requisite fluffy feelings of a Christmas love song, except that it's not actually about Christmas. "Bibingka" might be the only Advent-themed love song in circulation, and it's because of the backdrop of Simbang Gabi. Simbang Gabi is a Filipino tradition of spiritual preparation for Christmas which dates back to colonial times, comprising nine days of Masses leading up to Christmas Eve. These Masses are celebrated well before sunrise – as early as 3 am up to 5 am. The early start time was a practical compromise made for farmers and other labourers, who typically began working before sunrise to avoid the heat of midday. Noting that their parishioners would still attend the usual evening Christmas novenas despite fatigue from the day's work, priests would celebrate Mass before dawn so that the faithful could attend and still start their workday before sunrise. Churches and surrounding houses are hung with lights and ubiquitous star-shaped lanterns called paról. The Masses are celebrated with great solemnity; the Gloria is sung, and priests wear white vestments specifically for Simbang Gabi while continuing to wear purple vestments for other Masses in observance of Advent. Each Mass ends with an array of refreshments: fortifying soups and porridges, rice cakes like the aforementioned bibingka, sweets for the children, and hot coffee, chocolate, or ginger tea. These snacks provided sustenance for a long day's labour but were also a chance for the community to share and celebrate together. Simbang Gabi culminates with the "Misa de Gallo" – the "Rooster Mass" – on Christmas Eve, when the Church welcomes the birth of Jesus Christ. Having been born and raised in North America, my experience of Simbang Gabi was limited at first to stories from my parents and family friends raised in the Philippines. As the devotion was picked up in areas with growing Filipino Catholic populations, I was blessed to be able to take part in Simbang Gabi at local parishes, where it was adapted for an urban lifestyle by starting one day earlier with Masses in the evening. I'm looking forward to more opportunities to keep this tradition as an expression of both my faith and my culture. It reminds me that the journey through darkness to dawn is the same, even as I'm snacking on empanadas in a church hall and daydreaming about eating bibingka under twinkling lights at sunrise (love of my life optional) on the other side of the world. Just as we pray together in hope before the rising of the sun, we are united in joyful anticipation of the birth of the Son of God. Renée Ardiente is a musician, a member of CFC Singles for Christ, and a young professional based in Toronto, Ontario. She won’t mind if you buy her a bibingka but thinks you should probably pay more attention during Mass.