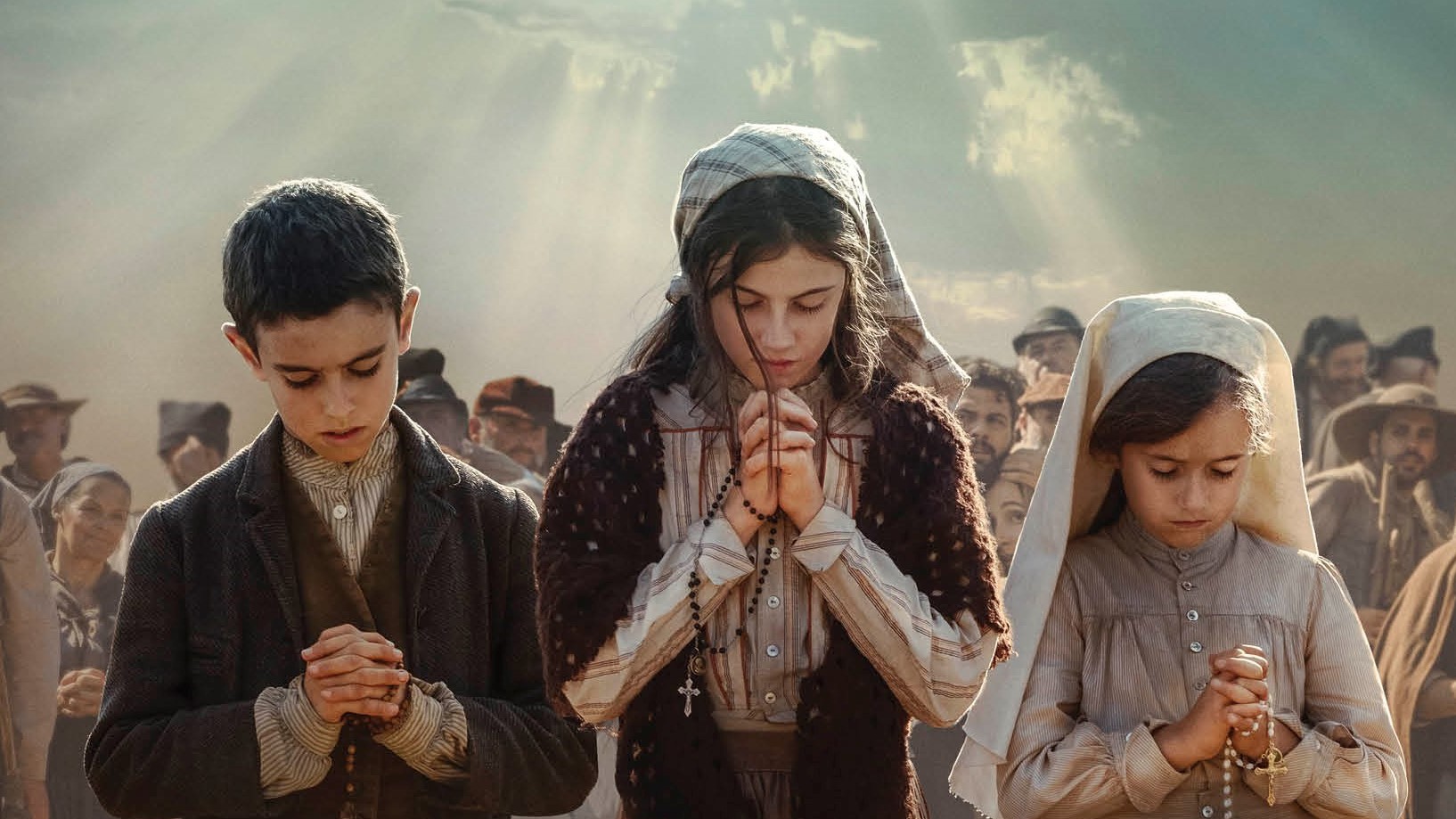 Jorge Lamelas, Alejandra Howard, and Stephanie Gil star in Fatima, an uplifting story about the power of faith. Photo Courtesy of Picturehouse ©2020 PICTUREHOUSE. ALL RIGHTS RESERVED.
Fatima is the latest release from Origin Entertainment - a production company whose mission is to have a positive impact on the modern world through transformative entertainment. With this film, they have certainly achieved that. I have to admit that before watching the film, I was not too familiar with Fatima and the miracles associated with it. As a big fan of cinema I am always struck by the visuals of a film and was pleased to see that Fatima did a wonderful job in creating its cinematic world. One of the striking features I noticed from the opening frames of the film was the simple beauty with which cinematographer Vincenzo Carpineta shot Fatima. In the opening scene we are invited into the world of ten-year-old Lucia (Stephanie Gil). In this world all of the colours: the landscape, the clothing worn by everyone, and the overall look was muted. The dominant shades of beiges and browns were without contrast making the simple colour scheme align with the simple time. The main exception being that of the Virgin Mary, whose clothing was a brilliant white. The stark contrast in garb is a simple way of emphasizing her purity amongst the impure and further nods to the Immaculate Conception. It also serves to highlight her otherworldliness – the local people that came to be a part of Mary’s monthly appearance match their environment – they are agrarian people that all tended to be dusty and dirty; Mary was neither. The simple colour palette of youthful Lucia’s world is in sharp contrast to that of the modern era where she has aged to 82 years and is now Sr. Lucia of Fatima (Sonia Braga), a cloistered Carmelite nun. The opening sequence of the time jump is a sweeping shot of colourful buildings and all the trimmings of modernity. A deep richness of colour helps to bring us into this later period. The room in which Sr. Lucia and Prof. Nichols (Harvey Keitel) discuss the miracles is a high contrast of light and dark, reflecting not only a different age but also the sharp contrast between belief and disbelief in the two characters. Beyond the compelling visuals, Fatima shares a powerful message that unifies both times – it speaks to the commitment to faith and a positive message in the face of opposition. When it is revealed that Lucia has received a special message from Mary – that through repentance and love peace can be achieved – she is placed under incredible pressure to recant and say that she made it all up. This pressure did not just come from random townspeople but extended to very influential people in Lucia’s life: the mayor, clergy, even her own mother. To stand in one's faith in the face of opposition is a difficult thing. To do so as a child in the face of adults must have taken another level of conviction. Especially when the question of the message is pushed aside and accusations of “why this particular messenger” become the focus. It’s a reminder that God can teach us from unexpected sources. Although Fatima is a dramatization, there are historical events that situate the context of the film. In the early 1900s, Portugal had become a republic and was very anti-clerical, to the point of being violently opposed to the Church. And at the time of the Fatima apparitions, the country was caught in the throes of the First World War, which resulted in the deaths of approximately 7,000 of its soldiers. In the film this part of history is revealed through announcements in the town square of who had been killed in action, who was injured, and who was missing. This backdrop, then, helps us understand why the unifying message of repentance, love, and peace was considered so dangerous to those in power. The message demanded an about-face in how the government was operating and was believed to come from a religious source – two things in direct opposition to the government’s raison d’etre. 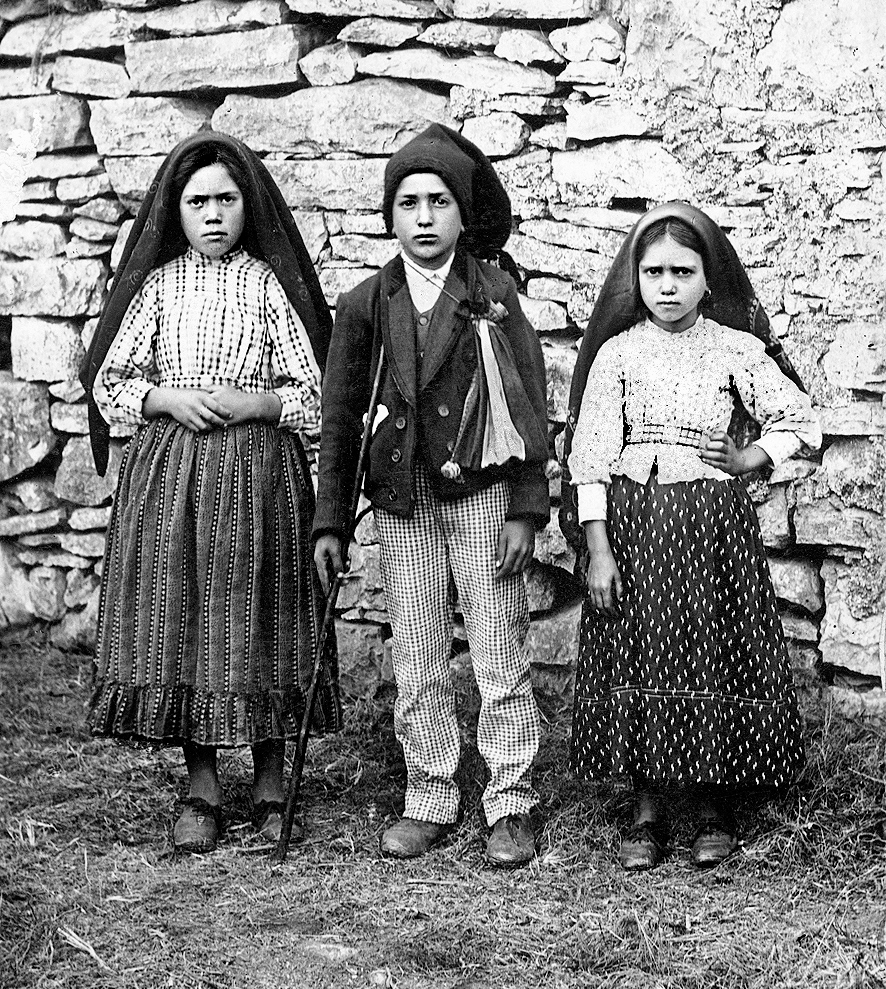 The real-life Lucia dos Santos and Francisco & Jacinta Marto. Photo attributed to Joshua Benoliel. Source: Wikimedia Commons.
Although the 100th anniversary of Fatima was three years ago, the release of the film could not be more timely as we wrestle with a global pandemic and massive political unrest, and live in a time of uncertainty. Fatima is a reminder to love, repent, and hope for a brighter future. During these trying times, we all need to hold fast to these three things. Originally scheduled for an April 24 theatrical release, due to the global pandemic the release date has been shifted to August 28 with the film being made available online as well as in theatres. To learn more about the movie, listen to this interview with Fatima screenwriter Dr. Barbara Nicolosi on the SLHour. And for more on the Fatima apparitions, check out our webpage, 100 Years of Fatima.