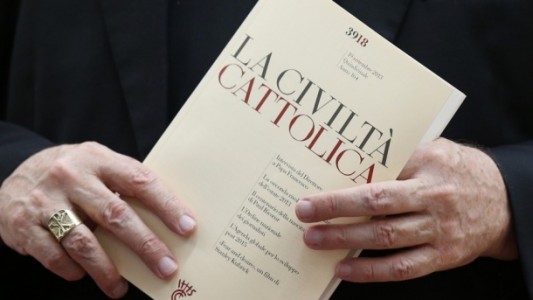 The following post was shared with us by our friends and collaborators at The Jesuit Post. It is part of a series called "The Papal Interview: Young Jesuits React and Reflect". We will bring you that series all this week.
by Eric Sundrup, SJ
Breaking – Francis said something and most people are convinced it proves them right!
When America Magazine published the interview with Pope Francis on Thursday the starter’s gun sounded and the news cycle was off to the races. Instantly we needed summaries, context, and analysis.  Info! Info! Info!  Feed me Seymour, feed me.  The long and ranging interview was immediately soundbitten. (Is that a really a verb?  Does it leave a rash?) Taking a cue from Francis, I want to publicly admit that I am a sinner.  I was one of those people demanding info, analysis and summaries, and now I’m one of the people offering it.  I help push that media cycle; I make it happen.
And yet, I also want to stress the importance of time and silence.  Yes, an associate editor of an online Jesuit media site is asking you to turn off the computer, put down your phone and stop reading what people are saying about the most famous Jesuit in the world.  Don’t tweet it, don’t pin it, don’t soundbite it, don’t share it (well at least for a few hours … then we’d appreciate you helping get the word out), sit down with it and think about it, pray about it, sit in silence with it.  I’ll be here when you get back, take your time.
It’s no secret that a large section of the media is deep in the throes of a massive #PopeCrush. This guy knows how to get the media to eat out of his hand.  They love him.  He talks openly and frankly and he is easily soundbitten. (Again, I’m concerned about the possibility of a rash.) Yet, the attractiveness of his messages can sometimes obscure the true depth and complexity of his vision for the Church.  Pope Francis is a Jesuit, trained in the Spiritual Exercises of St. Ignatius, and a man of deep discernment. But beyond the Jesuit buzzword of discernment, what does that actually mean for how we read this interview?
Well, the pope gives us a place to start exploring that.  Explaining discernment Pope Francis quoted a motto of St. Ignatius: non coerceri a maximo, sed contineri a minimo divinum est (not to be limited by the greatest and yet to be contained in the tiniest – this is divine). He notes that this motto “offers parameters to assume a correct position for discernment, in order to hear the things of God from God’s ‘point of view.’”
When I hit this quote in mid-tweet, I paused.  Did he just ask me to step outside of my concerns, my own ideologies and ecclesiologies?  Should I abandon my idols? Even if I’m idolizing him? Did he ask me to abandon my own plans and schemes and consider for a moment that there is something so much greater than me? What does the world look like from God’s perspective? This is a powerful salve and perhaps the best way to avoid that pesky swelling associated with too many soundbites.
---
(CNS Photo)