In Part I, I gave a background on the author of the book Final Exit, Mr. Derek Humphry and the Right-to-Die people. I do believe that the book is very compelling, but it contains some red flags. Here are some of them: 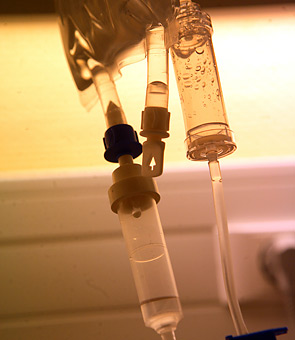 He is very proud of his book. I cannot mention the number of times he refers to his book and how many people read it and said it was the next best thing since sliced bread and who killed themselves and left the book on their bedside table (to make a statement, in fact, this is one of his suggestions if you do kill yourself - sorry, "deliver yourself": leave this book on the bedside table so those who find you know exactly that you planned it yourself and no one helped you. He also talks a lot about choice. Sounds a lot like those pro-abortion people. Choice? Choice in what? Killing myself? Is there actually an argument there? Pretty soon, once we accept that it's legally OK to kill another human being (we're close), we will claim that it is our basic human right to have options in how we kill each other. Choice is for the Mandarin Chinese Buffet, not for killing. But that's how the devil works: in half-truths. No one can deny that having choice is a good thing but really it's not about choice, you see, it's about control and the minute we take control, we take control away from God. If you don't believe in God, of course that it makes sense that you should have control over everything that you do. But control is all about pride and pride is the mother of all sins. Control is why a lot of those things that we don't think hurt anyone, like contraception, are sinful. Wanting to have control over our lives is what's responsible for most human destruction, death, divorce, cover-ups, war... you name it. I can't even think what aspect of my life I should have control over. In all things, God should be in control. So if you hear of a group called Christians for Choice or anything like that, run in the other direction. It's the devil with his half-truths again. Christianity for choice is an oxymoron (unless who you are choosing is Christ). Christianity for choice might as well be called, "Christianity for Control", or "Christians Against Christ". The minute you choose Christ, you have chosen to not choose sin. Murder, suicide or any killing whatsoever, is sin. Remember the 5th commandment? This is what Humphry says the dilemma is: "should you battle on, take the pain, endure the indignity and await the inevitable end, or should you take control [italics are mine] of the situation and resort to some form of euthanasia which in modern language means, 'help with a good death'?" I am quoting from the book. I didn't make this up. But I did look up euthanasia in the dictionary: "the act or practice of killing or permitting the death of hopelessly sick or injured individuals (as persons or domestic animals) in a relatively painless way for reasons of mercy" (Merriam/Webster). I guess a "painless" way for reasons of mercy, equals a "good death". I would suspect that a good or bad death is directly related to whether you lived a good or bad life, not to the manner in which you die. Here's another half truth: ask yourself this question, says Humphry, "Is your God willing to accept your suicide as a justifiable escape from further terminal suffering?" I suppose for someone who is on the fence, they could consider this question. But hey, if you call yourself a follower of Jesus Christ, find a crucifix and look at it. Better yet, go rent the Passion of the Christ, and you tell me if God is willing to accept any human-controlled escape from any suffering? (Not to mention that there is only one God, not "your" god or "my" god). He uses the compassionate argument: "This is compassion." He compares this whole thing with putting an animal "out of its misery." Ok with me, if you consider yourself an animal, and I don't even think that's the compassionate thing to do with an animal either. Someone endorsing the book is Isaac Asimov who says, "it's cruel to allow humans to live in pain in hopelessness, in living death." How sad it must be to not believe in anything but yourself. In fact, compassion means, "to suffer with." That's compassion. Killing you so you don't have to suffer, that's not compassion. It's the chicken way out! And killing yourself… that's really dignified? Humphry talks about freedom and autonomy. He appeals to us using the tolerance argument: We should be "tolerant of others who want the right to chose what happens to their bodies," and, "to every person their own way of death." This is the classic euthanasia argument, "if you don't want it for yourself, that's ok, but don't impose your set of beliefs on those who would want it for themselves." But if we applied that argument to everything, what kind of world would we have? Or does it only apply if it's doing something to your own body? He says that "life is personal responsibility" and "we must decide for ourselves". Does he not know that there is such a thing as absolute truth? Truth is not relative. Whether killing (or suicide or self-deliverance or whatever you want to call it) is right or wrong is not relative. Either it's wrong for everyone, no matter the circumstances, or right for everyone, no matter the circumstances. We can't make that decision by ourselves. And you certainly can't draw out a charter delineating when it's ok to kill and when it isn't. I don't think that would work. I'll continue in a couple of days. Again, for more resources on Euthanasia and Assisted Suicide visit our Turning the Tide page, Euthanasia Prevention Coalition, or the Catholic Organization for Life and Family site. Pedro