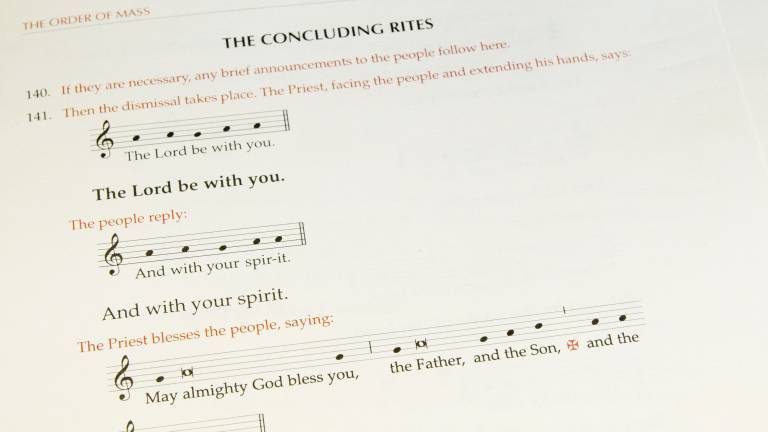 So far we've learned that we are called to participate actively, deeply, and consciously in the Mass. We looked at the Entrance, the Penitential Rite and the Gloria, the Liturgy of the Word, the Readings, the homily, the Creed, and the Prayers of the Faithful. In the Liturgy of the Eucharist, we spent two weeks looking at the Eucharistic Prayer  (part 1 and part 2), and last week we looked at the Communion Rite, including Communion, the Prayer after Communion, the Purification and we even looked at singing during Communion. Today we will look at the Concluding Rites. But before that, I received a message from Diane Maloney. She writes:

“Just read your communion piece and was wondering why you did not mention the (My Lord and My God) before taking communion.”

Diane referred to a homily I preached some years ago about St. Thomas’ famous line after Jesus appears to him after the Resurrection, “My Lord and My God” (John 20:28). I am not sure if this is a tradition in North America, but in Latin America everyone does it. During the Consecration when the priest raises the host and the chalice and says, “Do this in memory of me,” everyone responds with the words of Thomas, “My Lord and my God.” That is the appropriate response for us. In Latin America it’s not a quiet prayer. It’s very common to hear the congregation say it out loud! Diane was reminding me that I preached that if you never learned to do this, you should do it. Another beautiful practice, when you receive the Eucharist and when you drink from the Cup, to respond with the words of Thomas, “My Lord and my God.” Diane adds:

“Since you mentioned this in a homily a few years ago I have been saying it before I receive as I bow… I kind of like to say it because it reminds me that he is my Lord and King and I should be bowing.”

Thanks Diane for the reminder. 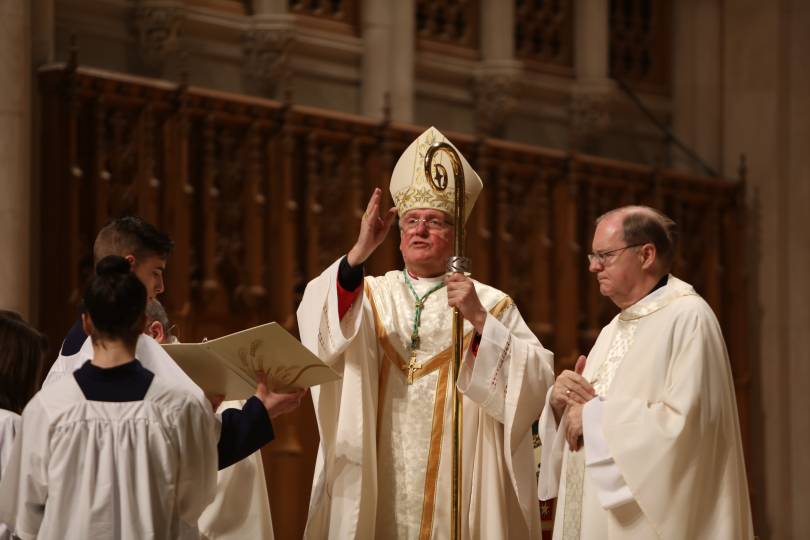 The Rite of Communion ends with the Prayer After Communion. If there are any announcements, they should take place after this prayer and before the final blessing. A few weeks ago we learned that the Mass has two parts: the Liturgy of the Word and the Liturgy of the Eucharist. But there are also Introductory Rites and Concluding Rites. In the Concluding Rites we are sent forth with God’s blessing to bring Christ to the world. The experience of the Eucharist should propel us outward to share our joy with others and to invite the world to the paschal feast.

Just before we go, we receive a blessing. As we go forth in mission, we stand under the hand of God and the power of the Holy Spirit. God’s constant care and loving kindness go with us on our way. The Roman Missal provides simple forms of the blessing, as well as solemn forms and prayers over the people depending on the feast or season.

Many people think that Mass ends with the final blessing, but in fact the Mass ends with the dismissal. I would even argue that this is the most important part of the Mass (I've also preached about this). Over the course of our history there have been dismissals of various groups: catechumens, penitents, and faithful. These dismissals were so significant that the celebration actually took its name from the dismissal. The Deacon (if there is one) will always dismiss the congregation. In Latin he would say, “Ite, missa est” which translates into English as “Go, you are dismissed.” That word, “Missa” became the name of the celebration. That’s why in English it’s called the “Mass” – indirectly (or maybe pretty directly), the dismissal. The dismissal makes clear the link between our celebration and our mission in the world. It’s the whole point of the celebration: We come together to read the word, to worship and to remember. We feed from the altars of the Word and of the Eucharist and then we go and take it out into the world. In that sense, the Church is not a fountain where people come to drink, but an irrigation system that, through those who have come to drink, reaches the world everywhere. The dismissal is the sending forth to witness, evangelization, and catechesis and to the work of extending God’s call to the whole world. That’s why it was changed from a simple, “go in peace” to “go in peace glorifying the Lord with our lives.” We go and announce the Gospel of the Lord! Several forms of the dismissal are provided in the Roman Missal, and these may serve a models for others, but no commonplace comments should be allowed to intrude on the ritual text and undermine the significance of the dismissal to mission. 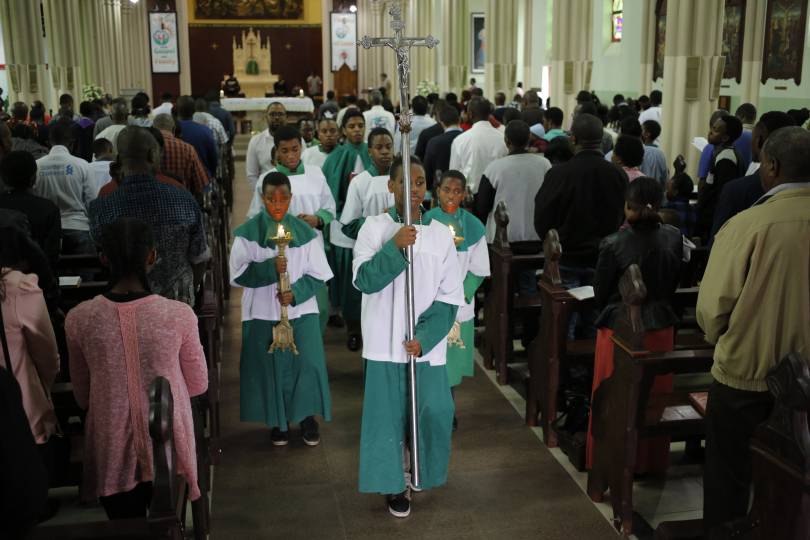 After kissing the altar and bowing before it, the Priest, together with the Deacon and the servers, leads us out into the world. Technically, the closing procession is not part of the Mass (as the Mass ended with the dismissal), but we have to actually go, so the closing procession has become customary (and is appropriate). The General Instruction makes no description of the departure of the ministers and the community. No processional song is required, but it is appropriate, as is a more informal departure accompanied by instrumental music or in silence. If there is singing, it should be well-known music: a general or seasonal hymn of praise and thanksgiving, or one that speaks of the Church’s mission and journey. It should not be so long as to unduly hold us back. If there is instrumental music, it should have the character of a recessional, not a performance. Come back next week for the conclusion of our series on the Mass. [Most of the information that uses in these blog posts, comes from the text of a video made by Salt + Light Television in partnership with the National Liturgy Office of the Canadian Conference of Catholic Bishops in 2011, to help explain the latest changes to the language of the English Roman Missal, titled, THE CELEBRATION OF EUCHARIST for the Twenty-First Century. The project was headed by Fr. Bill Burke and text of that video was written by Canadian liturgist Margaret Bick, both of whom I owe a great deal of thanks for the vast knowledge they shared with us.]