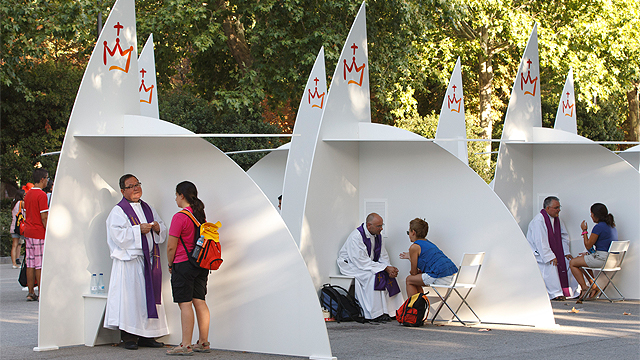 Oh my Jesus. I am sorry that I have sinned. Please forgive me. I know you love me; I want to love you and be good to everyone. Help me to make up for my sins. I will try to be better from now on.

As an adult, working at a Vacation Bible School, I learned a very similar one:

I’m sorry for doing wrong. Please forgive me all my sins. I know you love me very much. Help me love you in return and care for others as you do.

Which one do you know? Remember to pray it often and make a point of going to Confession and celebrating the Sacrament of Reconciliation this Lenten Season. What should we “deacon-struct” next time? Write to me:pedro@saltandlighttv.org