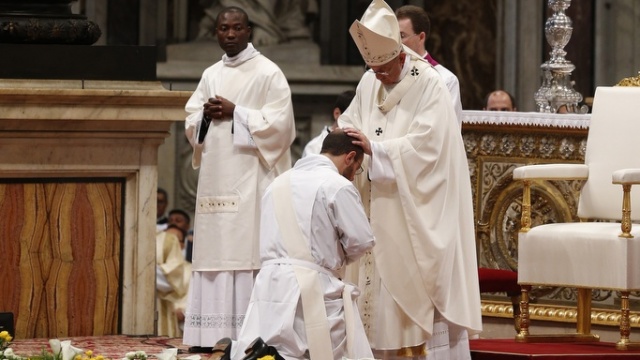 In light of the fact that last week everyone became aware that the early Church had women in the role of deacons or deaconesses (or both, we’re not sure what exactly these roles were), I have begun to deaconstructing the diaconate. But before, let’s take a little detour and look at Ordination.

It seems appropriate that as we are delving into this topic of Holy Orders, it’s the time of the year when many men are being ordained to the diaconate and the priesthood. Perhaps we should begin by keeping them in our prayers.