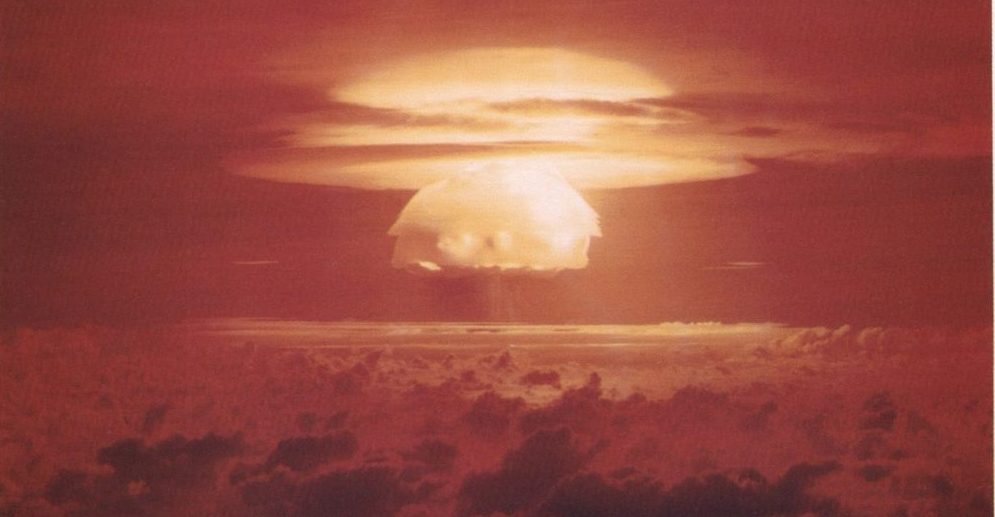 Nuclear weapon test Union (yield 6.9 Mt) on Bikini Atoll. The test was part of the Operation Castle. United States Department of Energy - www.cddc.vt.edu (Wikipedia. Public Domain.)
A quick read through the Old Testament may make you think that God is all for war and destruction. Just read Deuteronomy 20:10-18 and you would conclude that war is perfectly OK with God. A read through Genesis 19 about the destruction of Sodom and Gomorrah and you could conclude that even nuclear destruction is OK with God. But is it? 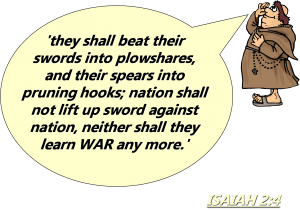 One of my favourite quotes about war is by Albert Einstein:

War may sometimes be a necessary evil. But no matter how necessary, it is always an evil, never a good. Jimmy Carter

Maybe we need a little perspective. The bomb that destroyed 90 percent of the city of Hiroshima was the equivalent of 15,000 tons of TNT. That immediate explosion killed 80,000 people. The bomb that was dropped over Nagasaki killed 40,000 people but that bomb produced a 22,000 ton blast. Today there is a bomb called the B83 that equals 1.2M tons of TNT and the Tsar Bomb which was set off by the Soviets in 1961, produced a 50 million ton blast – that’s over 3000 times more powerful than the ones used to end the war with Japan!

Granted, not all nuclear warheads are this powerful, but just think: The United States, has some 10,000 nuclear warheads. Russia owns about 12,000. To give you an idea of what that sounds like, take a listen:
This is the sound of all the artillery in megatons used in World War II between 1939 and 1946:
The Sound of a 20-Megaton Atomic Bomb: The Sound of the current U.S. Nuclear Arsenal: 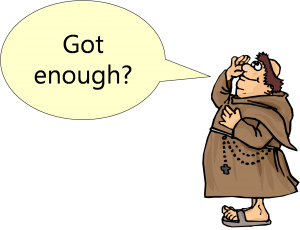 One 20 Megaton Bomb would:

If you survive the blast:

This past week, the Vatican hosted a conference titled "Prospects for a World Free from Nuclear Weapons and for Integral Disarmament". For the first time the Church seems to be saying that there are no circumstances in which owning nuclear weapons would be justifiable. Matthew 6:21 says, "For where your treasure is, there your heart will be also." The reverse is also true: We know where our heart is by where we spend our treasure. 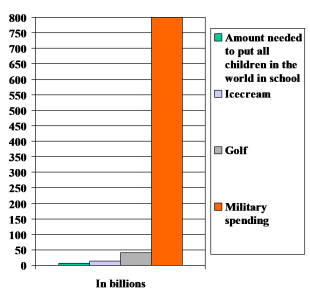 I think the graphic speaks for itself. We know where our treasure lies.

Where does your treasure lie?

Pope Francis said at that conference last week that “Weapons of mass destruction, particularly nuclear weapons, create nothing but a false sense of security. They cannot constitute the basis for peaceful coexistence between members of the human family.” With Pope Francis, let’s commit to work for a world without nuclear weapons and pray in hope for a world built on just relations and cooperation between people who wish to live in peaceful co-existence.