Deacon-structing Angels: What the Catechism Says 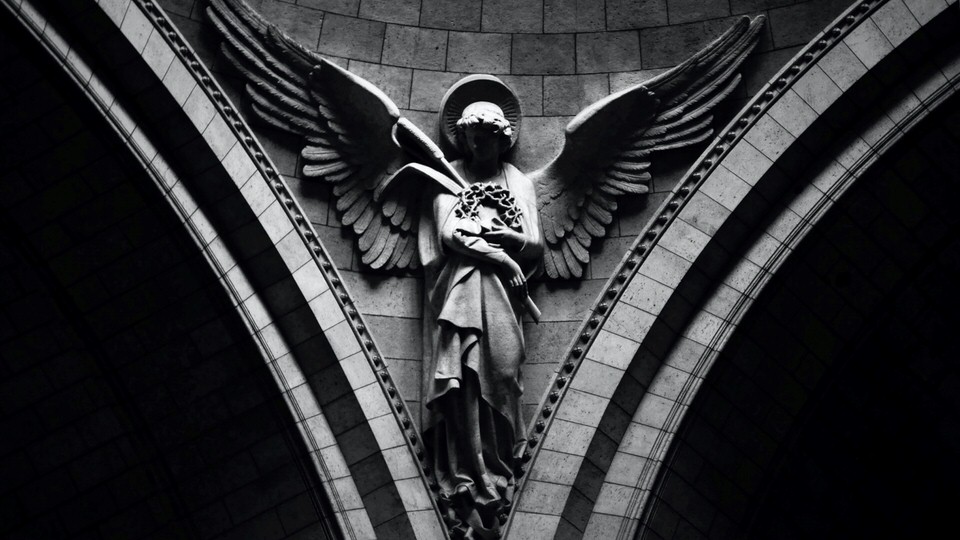 Photo by Cosmin Gurau on Unsplash
Two weeks ago, we started by looking at why the belief in angels is a doctrine of the Catholic Faith. Last week, we learned about archangels and also about the belief in personal guardian angels. The Catechism explains how the term “angel” defines their function:

This latter description is the one I had always known: Angels are messengers. That is what the Greek word angelos means. In a homily, Pope St. Gregory the Great said that "they can only be called angels when they deliver some message." However, if we go back to Scripture, it is clear that the function or office of the angels is not just delivering messages. That seems to be the role of Gabriel and a few others, but, even among the archangels, Raphael is also a guide and healer, and Michael is clearly a warrior. We also know from Scripture that the main jobs of angels are to sit in the presence of God, to minister to Him, and worship Him. Perhaps the most obvious example is seen through the Book of Revelation (see Revelation 4 and 7 and 15), but we cannot forget the choirs of angels after the announcement of the birth of Christ (Luke 2:13-14). Isaiah and Daniel also describe visions of angels worshipping God (Isaiah 6, Daniel 7). Several of the Psalms also point to this (see Psalm 103:20 and 148:2), and the author of Hebrews also refers to this angelic role (Hebrews 1:4-14). In our liturgy, we join with the choirs of angels and sing God’s praise:

In her liturgy, the Church joins with the angels to adore the thrice-holy God. She invokes their assistance (in the Roman Canon's Supplices te rogamus. . .["Almighty God, we pray that your angel..."]; in the funeral liturgy's In Paradisum deducant te angeli. . .["May the angels lead you into Paradise. . ."]). Moreover, in the "Cherubic Hymn" of the Byzantine Liturgy, she celebrates the memory of certain angels more particularly (St. Michael, St. Gabriel, St. Raphael, and the guardian angels). (CCC #335)

Indeed, the two main hymns of praise that are so important in the Mass, the Gloria (Luke 2:13-14) and the Sanctus (Revelation 4:8; Isaiah 6:3), are the songs of angels. We sing one just before Christ is made present in the Word; we sing the other one just before Christ is made present in the bread and wine. The angels are heralds of the Good News! The functions of the angels are so varied in Scripture that they inspired St. Thomas Aquinas (known as the Angelic Doctor) to develop a hierarchy based on these “jobs”. Aquinas based his “Spheres of Angels” on the writings of Pseudo-Dionysius the Areopagite, who wrote On the Celestial Hierarchy in the 4th or 5th century. Aquinas writes that there are three spheres or triads of angels:

This hierarchy is based on what we can find in Scripture, but it is not an article of our Faith. Still, considering what is possible among these heavenly hosts, I believe, does allow us to enter deeper into how God wants to guide us, protect us, assist us, and communicate with us. As I noted last week, St. Thomas Aquinas explains in much detail how angels can enlighten the human intellect, change our will, change our imagination, and change our senses. It is important to note that people don’t “become angels” after they die. Angels are beings created very different to humans. Humans are bodily and spiritual beings. Angels are only spiritual beings. Angels will never have a physical body. Human beings, however, (even in death after the Resurrection on the Last Day) have both spirit and body (CCC #999). Aquinas also has quite a discussion about this and concludes that angels are "incorporeal"; however, they can take on matter if so determined by God, for a specific purpose. Aquinas also explains that angels have intellect but they have no will as they only exist to do the will of God (See Summa Theologiae First Part, Questions 50-60. We'll consider this a bit further next week.). We can ask for angels to intercede for us and can have a devotion to them. The Catechism offers this summary:

The Church venerates the angels who help her on her earthly pilgrimage and protect every human being. (CCC #352)

Once again, let me conclude by saying that angels are real. Angels are not usually named in Scripture because it is not their name that matters but their function: they are messengers, comforters, healers, guides, protectors, and defenders. They are warriors who minister to and worship God. We don't have to believe in the hierarchies, but it is more than appropriate that we should join the choirs of angels, seraphs and cherubs, thrones and dominions in praising God, for God has given us his angels to light our way to Him. Write to me to tell me about your thoughts and experiences with angels and maybe we can dedicate another post to your angelic stories. Come back next week as we end by looking at what the Church says about fallen angels.