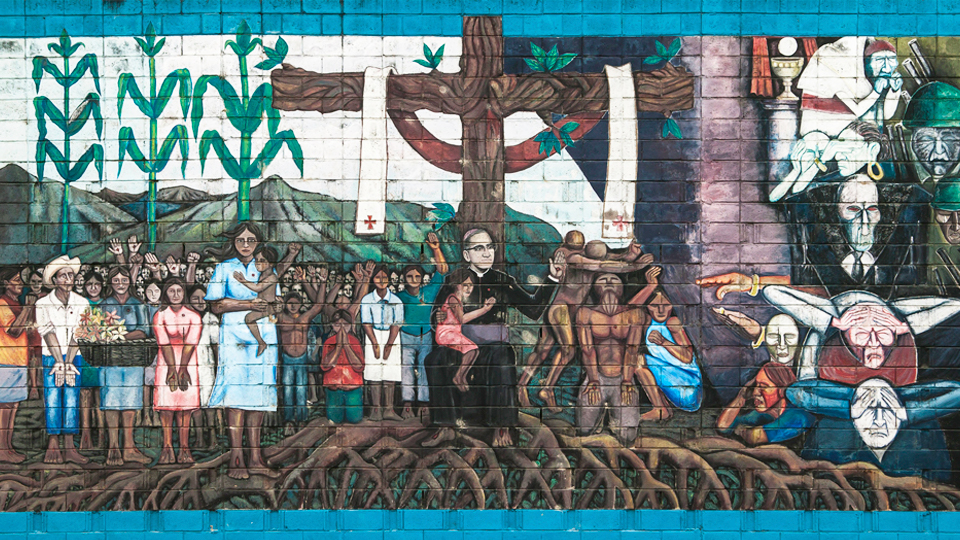 CNS photo/Octavio Duran
Christian Martyrdom By Archbishop Arthurt Roche, Secretary of the Congregation for Divine Worship and the Discipline of the Sacraments The word 'martyr' is not infrequently used nowadays in the media. It generally refers to jihadists who sacrifice their own lives in order to destroy the lives of others. Clearly, they are murderers and assassins, even though they consider that what they do will make them great in the sight of God. This claim to martyrdom brings the very concept into considerable disrepute not least at a time when many Christians in the Middle East and in many other parts of the world are being martyred simply for their belief in Christ. Unlike jihadists, Christians do not set out to be martyrs. It is something that happens to them as a consequence, not of just criminal charges, but because they bear the name of Christ, refusing to turn their back on their faith and sometimes on the lives of others. What poignant witness was given to this recently by the 21 young Christian men who were decapitated on video by ISIS simply because they were Christians. They died, not like soldiers, but guiltless men of deep faith who called on the name of Jesus as they were mercilessly executed. What ISIS had hoped to show through a display of sickening brutality instead revealed to the world how suffering gave way to deep love, retribution to forgiveness and death to eternal life. In writing a letter to Pope Francis a group of Iraqi Christians told him that their faith was stronger for having chosen to remain faithful to Christ than renounce their faith in order to live in their homeland. Instead, they left behind everything they possessed in order they said, to be found “worthy of being among his sheep, members of his flock”. Without an ounce of self-pity, they continued, “O good Father, simple and humble, we ask you to pray and act for us and for our wounded people in the Arab world for the forgiveness of our sins, so that the peace of Christ can reign. However, we want to pray first for all those who are the cause of all this evil and those wicked works. We want to pray for all those who have shed the blood of many innocents, observing the laws of evil and darkness. O Holy Father, we want you to pray so that they can repent before their Creator, so that they can become instruments of peace and love and no longer instruments in the hand of the Evil One, so that they can become true children of God”. The most telling thing in Christian martyrdom is the depth of love, not hatred, which is clearly evident. How many of the martyrs from the English seminaries abroad went to their deaths praying for their sovereign under whose crown they were condemned, openly praying for they countrymen and forgiving their executioners. They loved their land and their fellow citizens, but they loved God more. As the Preface of Holy Martyrs puts it, “For the blood of your blessed martyrs poured out like Christ’s to glorify your name, shows forth your marvellous works, by which in our weakness you perfect your power and on the feeble bestow strength to bear you witness”. This is not life thrown away; it is life fully embraced and given freely; a life full of faith, full of love for God. The video which ISIS produced to show the world its hatred of Christians was entitled: ‘A Message Written in Blood to the Nation of the Cross’. Threatening, certainly, but the prospect of martyrdom is not foreign to the consciousness of Christians. The Scriptures confirm this in places like 2 Timothy 3:12, where we read that “all who desire to live a godly life in Christ Jesus will be persecuted.” Or when Jesus says in John 15:20, “if they persecuted me they will also persecute you.” Jesus himself was brutally crucified by the state-sponsored terrorism of Rome. It was an effective method of deterrence; even the majority of his followers fled the scene in fright in order to avoid a similar fate. The Resurrection, however, taught Christ’s followers to honour the cross ever since as its most valuable icon and to join their sufferings, both great and small, to his who laid down his own life for the life of the world. They came to understand that Jesus had entered into the fearful prospect and the ugly power of death in order to wrestle it to the ground; to overcome it neither by ruthless violence nor the callousness of unforgiveness and retribution, but by the power of love. Like the 21 Coptic martyrs, many have endured death at the hands of others with the name of Jesus on their lips and many acclaiming that ‘He is Lord!’ asserting his kingship and a reign, not from a throne, but from a cross whose power is forgiveness and not hatred. Many tyrants like ISIS, up and down the centuries, have thought that they could eliminate Christianity through extreme cruelty, but as Tertullian observed long ago, the blood of the martyrs is the seed of the Church.   This post was an excerpt from Salt+Light’s Winter 2015 Magazine