Catholic Focus: G.K. Chesterton and the Return to Common Sense

"I think the oddest thing about the advanced people is that, while they are always talking about things as problems,
they have hardly any notion of what a real problem is."- Uses of Diversity, G.K. Chesterton 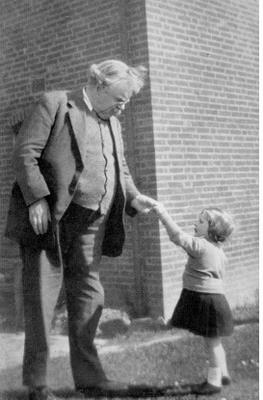 “G.K. Chesterton? Who’s that?”I expect most people would ask this question once I bring up the name of G.K. Chesterton. Here’s a list of some of the titles attributed to him: essayist, poet, philosopher, theologian, journalist, artist, and critic. He is also one of the greatest thinkers of the 20th century, he debated with the likes of George Bernard Shaw and H.G. Wells, wrote enough impressive newspaper essays (4000) that would take you 11 years to read one each day, stood at 6’4” in height, weighed over 300 pounds, had a sarcastic sense of humour, AND he converted to Catholicism just 14 years before his death!G.K. Chesterton is often referred to as the “Apostle of Common Sense” and I wanted to find out what this means. I admit that my love of Chesterton comes from enjoying the bit that I’ve read of The Everlasting Man (the book that was influential in C.S. Lewis’ conversion to Christianity), and having been delighted by his spy novel The Man Who Was Thursday. He is all wit, humour, and candid truth! But he is not easy to read, I have to say.So it was a real treat to be able to attend a talk organized by Civitas, an apostolate for young professionals, on Chesterton. The speaker was Fr. Ian Boyd, C.S.B., President of The G.K. Chesterton Institute for Faith & Culture. It was also a pleasure to sit down with Luke Jalsevac, a young business analyst, and David Eden, an engineer, who are both Chesterton readers and fans.Join me on Wednesday, June 4th, at 7 and 11 pm ET, or Sunday, June 8th at the same times, for this Catholic Focus episode on Chesterton and the Return to Common Sense.