Catholic commentator and director of CatholicCulture.org Phil Lawler has an excellent counter to the Associated Press story that was circulated last Friday about an Oakland abuse case.  See below: 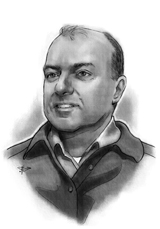 Journalists abandon standards to attack the Pope By Phil Lawler We're off and running once again, with another completely phony story that purports to implicate Pope Benedict XVI in the protection of abusive priests. The "exclusive" story released by AP yesterday, which has been dutifully passed along now by scores of major media outlets, would never have seen the light of day if normal journalistic standards had been in place. Careful editors should have asked a series of probing questions, and in every case the answer to those questions would have shown that the story had no "legs." First to repeat the bare-bones version of the story: in November 1985, then-Cardinal Ratzinger signed a letter deferring a decision on the laicization of Father Stephen Kiesle, a California priest who had been accused of molesting boys. Continue Reading