Cardinal Ouellet recommends “mission and communication” for next synod theme 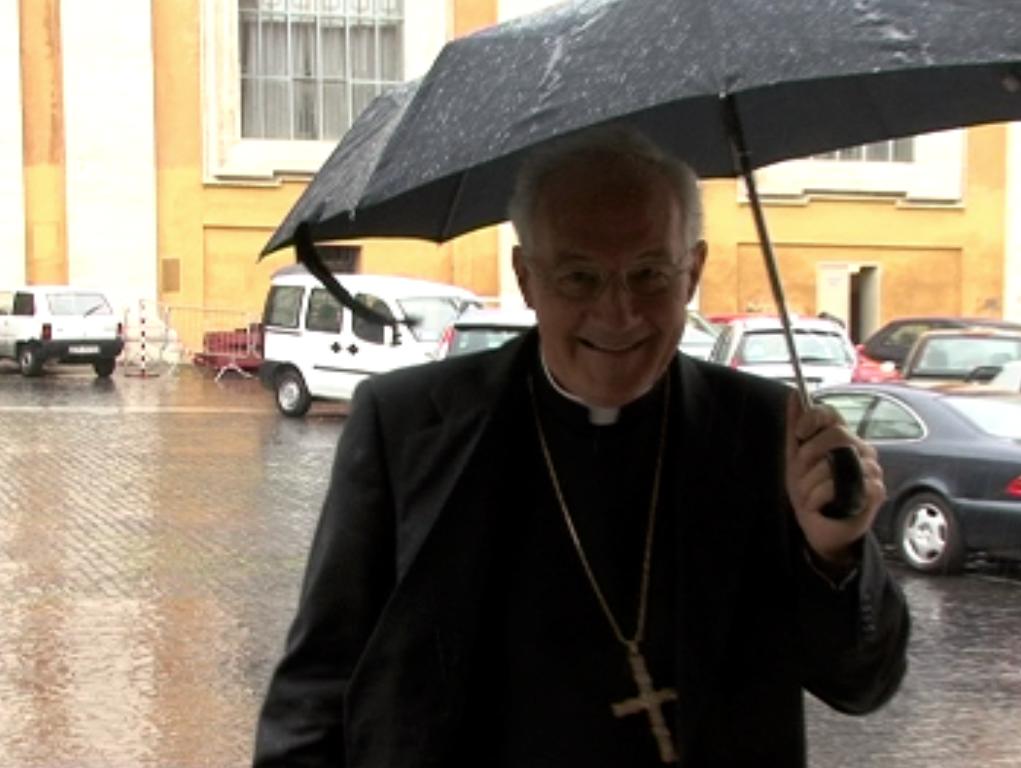 Before he returned to Canada, Cardinal Marc Ouellet graciously granted us an interview outside Paul VI Hall. The ever-candid Archbishop of Quebec City revealed why Pope Benedict released the synod propositions to the media, why the synod perhaps generated less headlines than it should have, and which topics he hopes the next assembly will discuss. (As a recently elected member of the post-synodal council, Cardinal Ouellet will no doubt have some influence over the Holy Father's decision.)
Watch highlights of the interview on Wednesday's Zoom. Then read the full interview here on ZENIT. I should add that inclimate weather spoiled our original plan to film the Cardinal in front of the Vatican gardens. It seems the parting synod fathers took with them the summery weather we had enjoyed throughout October.