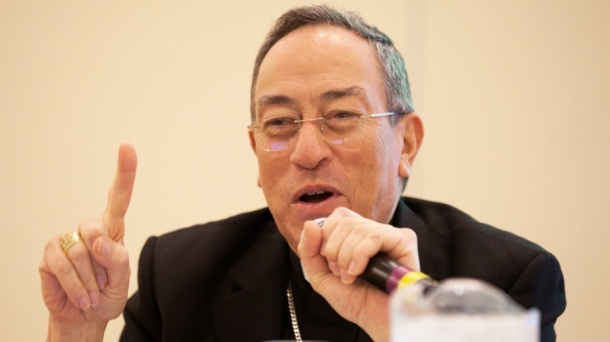 Cardinal Oscar Rodriguez Maradiaga addressed the Plenary Assembly of the Canadian Conference of Catholic Bishops (CCCB) on 24 September in Sainte-Adèle, Quebec, Canada.
He spoke about how Pope Emeritus Benedict XVI changed the way we think about and practice charity through his landmark encyclical Deus Caritas Est and the Motu Proprio Intima Ecclesiae Natura.
His intervention was followed by a presentation on how Caritas Internationalis is organised throughout the world, which was given by its Secretary General Michel Roy.
Read the full text of Cardinal Rodriguez’s speech.
"The role of the bishop in justice, peace and caritas"
http://blog.caritas.org/2013/09/25/how-pope-benedict-changed-charity/