Cardinal Levada: Why the Catholic faith is worth passing on 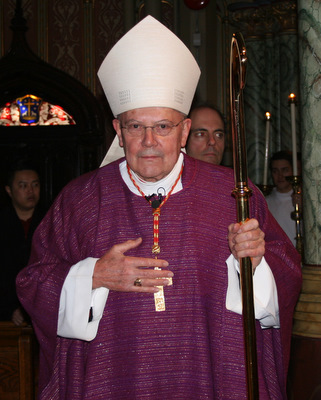 Although Cardinal William Joseph Levada’s March 8th address in Ottawa was titled “Why is the Catholic faith worth passing on?”, the focus of his question was, more pointedly, “Why is the Catholic faith worth passing on on university campuses?”
Answered by no less than the prefect of the Vatican’s doctrinal office, the short version was this, simply put: "Because it is true". He proceeded to make three points to support his answer. First of all, a university exists in the search for truth in the various disciplines of human knowledge. Therefore, the Catholic mission to spread truth on campus is perfectly compatible with the mission of the university. Secondly, the university is a place where students find a connection with each other and to the outside world. They must find this connection in the midst of the vastly changing technological climate, because the human person is a social person, one who seeks to be in relationship. And that’s precisely what the Catholic faith offers to these young people: a beautiful relationship with Jesus Christ. Third, Jesus commanded us to hand on the faith. It is our great mission in life! As we pass on the faith to other students who are searching for their life’s meaning, we help them find their own fulfillment as they share in our mission. For what mission is greater than spreading the Word of truth and love of Jesus Christ? At the end of his address, the Vatican Cardinal quoted from Pope Benedict XVI’s book Jesus of Nazareth: “In the end, man needs just one thing. […] He needs God. […] Jesus gives us ‘life’ because he gives us God.” And so, the Cardinal’s final answer to that initial question was summarized: “We need God. That is why the Catholic faith is worth passing on.” Below is the official text of his address, given at a fundraising gala for the university student movement Catholic Christian Outreach. S+L viewers can hear more from Cardinal Levada this Sunday, as he grants a rare, extensive interview to Fr. Thomas Rosica, CSB. This special episode of Witness airs Sunday at 8 pm & midnight ET, repeating the following Thursday at those same times. Photo courtesy: CCN / Deborah Gyapong