Behind Vatican Walls: Rules of Annulments 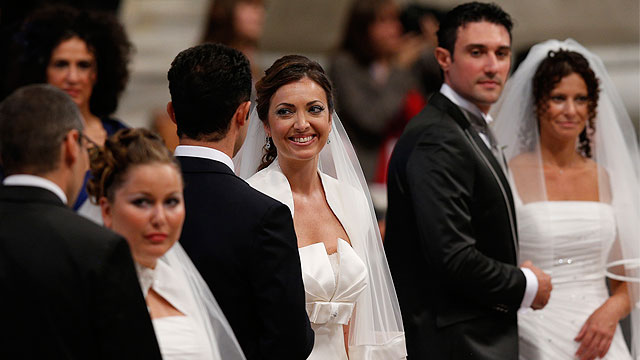 This week Pope Francis issued two Motu Proprios (declarations issued “of his own will”) that simplify the process for getting a marriage annulment.  Some have voiced concern over the perceived ease with which marriages can now be annulled. Canonists, meanwhile, are wondering how to implement the new procedure in just three months while fielding calls from concerned Catholics. To better understand the changes it is necessary to have a good grasp of what makes a marriage null in the eyes of the church, and what goes into getting a declaration of nullity.
Some key things to keep in mind: Here are some useful links for understanding the whole issue:
What factors can make a marriage “null” or invalid in the eyes of the church? The Archdiocese of Toronto has this helpful list.
Until now, what was the process for getting a decree of nullity?
The Diocese of Madison has already put together this list of FAQs about the new annulment process, including what steps a case will go through after December 8. Click here to find out everything there is to know about the new procedure from “how to begin” to “does the other spouse need to be involved.”
Perhaps the biggest question: how does someone start the process of getting an annulment?
According to Fr. Laschuk the first step is “talk to your pastor.” If for any reason that is not possible, call your local marriage tribunal directly.
--
CNS photo/Paul Haring
Watch this week's Vatican Connections below!

Every week brings new, exciting, and sometimes juicy headlines from behind Vatican walls and every week Alicia delves deeper into one of those headlines. For a full run down of what’s been happening behind Vatican walls, watch Vatican Connections. Already watch the program? Come back every Friday for an in-depth look at an issue, headline or person. Season 4 of Vatican Connections premieres Friday, September 11, 2015 at 8:00 pm ET.