Behind Vatican Walls: How to get an interview with Pope Francis 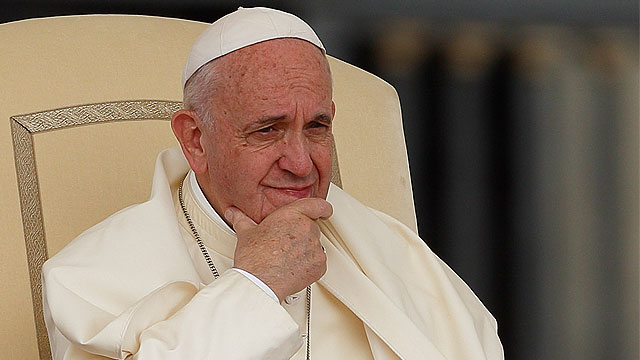 This past week two radio stations released interviews they conducted with Pope Francis earlier this summer. As always, (almost) everyone was surprised that he gave the interviews, and several of his comments made headlines.
The interviews were given to Radio Renascença - the radio station owned by the Patriarchate of Lisbon and the Portuguese Bishops conference - and FM Millenio, an independent radio station in Buenos Aires. The pope knew both journalists fairly well. Aura Miguel, the vaticanista for Radio Renascença, has been part of the papal press corps for decades and interviewed more prelates and popes than most would ever dream of meeting. She has been on every papal flight this year and took advantage of one of the on-board meet and greets to ask for the interview. Pope Francis told her to send a letter to his secretary. She did. On the next papal flight Pope Francis handed her an envelope. Inside the envelope was her own letter. At the top of the page, in the pope’s handwriting, was a date and time for the interview.
At the risk of giving away a trade secret, this is how Miguel landed this coveted papal interview: She asked.
She asked clearly and honestly as a journalist trying to get an important story, not as a media personality trying to get ratings. Pope Francis accepts interviews not on the basis of which media outlet has more listeners or followers, but which audience needs something that he can offer, and which journalist will report his words accurately and fairly. This is the recurring pattern we see with (almost) all the interviews Pope Francis has given. The full English text of the interview, which was conducted in Spanish and Portuguese, is available here.
The interview with FM Millenio of Buenos Aires was less an interview and more a biblical dialogue that touched on real life. The interviewer was Marcelo Figueroa, an evangelical Christian who hosts a radio show called “Dialogues for Encounter” (Dialogos para el encuentro). While Figueroa did ask some questions, they emerged naturally from the conversation and led to a reflection on how those theme are handled in the bible. Before the 2013 conclave then-Cardinal Bergoglio had agreed to take part in the radio show along with his friend Rabbi Abraham Skorka. The conclave and his election to the See of Peter preempted that program. Essentially Pope Francis was making good on a long standing promise to a friend. Still, that did not prevent the pope from making some very pointed comments about fundamentalism - fundamentalists work in ideas not reality- and friendship: “I’ve been used by people pretending to be my friends.” The full dialogue is available here, in Spanish.
Watch this week's Vatican Connections below:

Every week brings new, exciting, and sometimes juicy headlines from behind Vatican walls and every week Alicia delves deeper into one of those headlines. For a full run down of what’s been happening behind Vatican walls, watch Vatican Connections. Already watch the program? Come back every Friday for an in-depth look at an issue, headline or person. Season 4 of Vatican Connections premieres Friday, September 11, 2015 at 8:00 pm ET.